You are here: Home / Archives for American Tomahawk 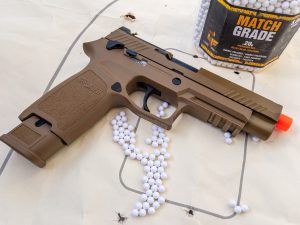 All the official fun stuff has been canceled or postponed. The Olympics. The Pyramyd Air Cup. The Daisy National BB Gun & Air Rifle Championship Match. As of now, the Crosman All-American Field Target Championship is still on, but we’ll see what happens between now and early August when it’s scheduled to begin. With no […]