You are here: Home / Features / The COVID Independence Day Games 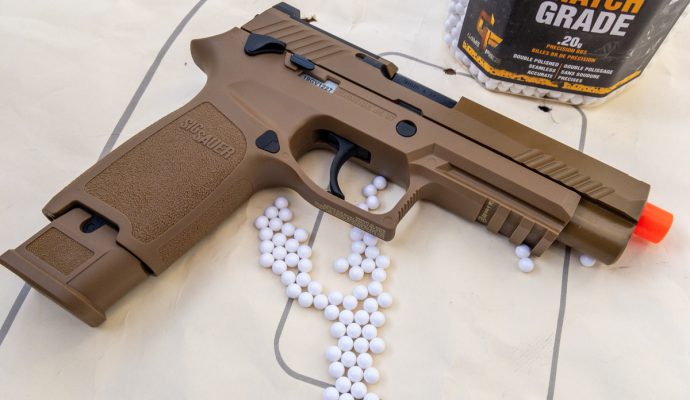 All the official fun stuff has been canceled or postponed. The Olympics. The Pyramyd Air Cup. The Daisy National BB Gun & Air Rifle Championship Match. As of now, the Crosman All-American Field Target Championship is still on, but we’ll see what happens between now and early August when it’s scheduled to begin.

With no “official” airgunning tournaments in the foreseeable future, we’re going to have to create our own. In fact, for the Independence Day long weekend, my family quarantine bubble is heading off to a rental house out in the boonies, and we’re sure to need some outdoor recreation. Why not kill two pellets with one BB?

I’m thinking a Modified Pentathlon is in order. Five events is gonna be about as much as we can squeeze in before the Happy Hour call to action interrupts the competition. Here’s my tentative lineup.

This is kinda like paintball, team airsoft, and non-lethal training except your opponent is unarmed and preferably strapped to a board. The equipment required is (1) Sig Sauer ProForce M17 Airsoft Pistol. You can get these powered by either green gas or CO2. The CO2 version flings 6mm plastic BBs with more authority. Read: more pain. Considering the official targets we’ll be using, were going with that one.

My nephew is 19, and therefore a punk, so he gets to be the target. What? We’ll give him eye and face protection. We’re not heartless savages.

The event is sure to be a crowd pleaser. The post event video ad revenue is sure to fund the entire weekend’s social activities.

Being environmentally conscious, we’re going to reuse our Solo cups. Each person will be assigned a cup for the whole weekend, inscribed by Sharpie. Being realistic, I know that plan won’t last as long as Michael Avenatti’s presidential campaign.

So, rather than disposing of the Solo orphans, we’ll hunt them like the used-up pieces of refuse they are. The weapon of choice for this event will be the Air Venturi Springfield Armory XD(M) BB pistol. Game on.

Battle of Lexington and Concord Reenactment

We don’t have any 1770s vintage British soldiers on hand, so we’re going to shoot at leftover portions of bangers and mash. It’ll work.

We’re going to use the Umarex Gauntlet chambered in .177 for this event. No, neither the colonists, nor the British had magazine fed rifles. But we’re living in modern times with modern conveniences, so we’re not going to be all finicky about sticking to historical details.

During the original battle, the colonial militia took potshots at the Redcoats from hundreds of yards away as they marched back to Lexington from Concord. In our modern “less effort” scenario we’ll stick to a lawn chair-friendly 25 yards, give or take.

Why the Gauntlet? Because my momma didn’t raise no dummy. With 90 or so shots per fill, I’ll get to spend more of my time mocking other contestants than refilling the tank. Besides, it’s a regulated air rifle, just like our militia of the time. Don’t get us started on the real meaning of “regulated.” It doesn’t mean restricted by government weenies as, ahem, some folks like to claim. It means properly maintained and well-functioning, but that’s for another day.

I recently received three different bona fide, all-American Tomahawks from The American Tomahawk Company. These masterfully crafted and perfectly balanced blades on sticks (really, they’re tools honey!) can be used for just about anything including outdoor chores, emergency response, self-defense, and, of course, throwing at large wooden objects.

OK, so they’re not airguns. But are you really going to begrudge me including a Tomahawk throwing event in a Fourth of July family Pentathlon? I didn’t think so.

Yeah, I know. That’s only four events. Hey, I did say it was a “modified” Pentathlon. Oh, and Happy Independence Day!