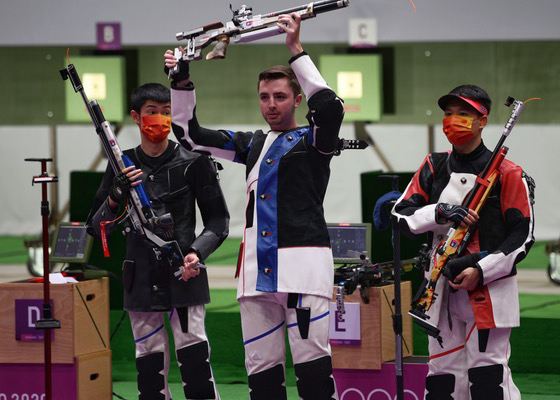 William Shaner broke through where other American’s had failed, capturing the first ever medal in Men’s Air Rifle in Olympics competition, happily it was gold.

It is the first Olympics for the 20-year-old student at the University of Kentucky who looked more like a grizzled veteran as he slowly and methodically built a lead over the seven other competitors, including his teammate, Lucas Kozeniesky, who finished sixth.

Tucker Gets to Final Round, But Finishes Sixth

It’s not often the Olympics are boiled down to a learning experience, but that is how Mary Carolyn Tucker, a rising star in women’s shooting characterized her first Olympics competition.

Finishing 6th in the 10m Air Rifle competition in the Olympics on Saturday, Tucker seemed to take her first chance to win a medal in stride.

At 20-years, old, Tucker a rising junior at the University of Kentucky has won at the highest level, winning the 10m Air Rifle competition at the 2021 World Cup in New Delhi this March, so her reaction that missing out on a medal opportunity was a learning experience seemed a little odd, but when you realize she has only been competitive shooting for a little over four years and was self-taught at the beginning, her outlook is understanding.