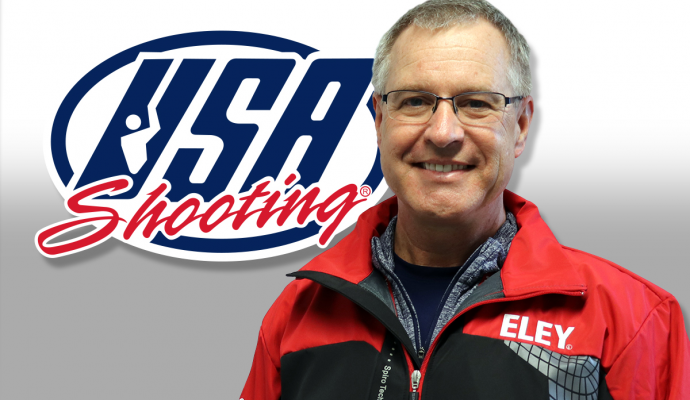 Colorado Springs, Colorado- USA Shooting announced today that National Rifle Coach, Dan Durben (Belle Fourche, South Dakota) is announcing his retirement, effective January 2021. Durben will finish out the 2021 season before retiring to his home state of South Dakota after a career spanning over 40 years as an athlete and coach, 12 of those as a National Team Coach.

Durben began shooting at the age of 13 in St. Paul, Minnesota and was involved in both biathlon and rifle shooting through high school. He made the decision to switch full-time to rifle as a walk-on-turned-scholarship-athlete and competed for the Eastern Kentucky University NCAA rifle team, graduating in 1982 with a degree in Chemistry.

After his athletic career, Durben earned a PH.D. in Chemistry from Arizona State University in 1993 after which he worked for over 25 years as a Professor of Physics and Chemistry at Black Hills State University in Spearfish, South Dakota. He also served as the Faculty Athletics Representative for BHSU where he acted as a liaison between academics and athletics.

Durben served as the National Rifle Coach from 1997-2000, and was the Olympic Team Coach for the 2000 Sydney Games. From 2003 to 2008, he was the Paralympic National Coach, taking teams to the 2004 Athens and 2008 Beijing Paralympic Games. During Durben’s coaching tenure he played a critical role in the development of a generation of junior rifle shooters across the country as the Director of the Civilian Marksmanship Program’s 3-Position Air Rifle Summer Camps.

Durben returned to USA Shooting as the National Rifle Coach once again in 2019, saying it was the athletes who drew him to the position.

“I knew that we had fantastic athletes on the National Team and in the pipeline. I am really honored to have had the opportunity to work with them,” said Dan Durben, USA Shooting National Rifle Coach.

Dan concludes his career with USA Shooting following a tremendous 2021 season where his athletes won two Olympic medals and eight World Cup medals. The Rifle Team athletes currently hold six Top-8 World Rankings, including the #1 World Ranking in both Men’s and Women’s Air Rifle. Five Rifle Team athletes have qualified for the 2021 ISSF President’s Cup, the most invitations to this event in over a decade.

“Dan has been a major contributor to this sport for over 40 years, and we are all grateful for the work he has done since 2019 returning our rifle program to preeminence,” said Matt Suggs, CEO of USA Shooting. “I’ve known Dan as my coach, teammate, and valued employee. I will miss him tremendously”.

Durben is excited about the direction of USA Shooting, adding, “The entire organization has made amazing progress over the last couple of years, including the USAS Board, the USAS Staff, and most importantly our athletes. The future certainly looks bright and I’m confident that Team USA will have great success in Paris, in LA, and beyond.”

USA Shooting will post a job listing for qualified candidates and hopes to announce the hire of a Rifle National Coach in the upcoming months.