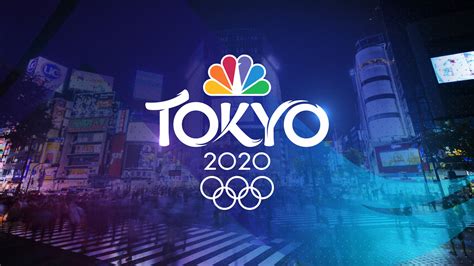 Although shooting events will probably not be a major part of the television broadcasts, there are still ways to watch Team USA shooters compete this summer at the Olympics. For the duration of the Tokyo Games, the NBC Olympics websitewill be streaming the majority of the shooting event finals and qualifying events.

In order to watch the Tokyo Olympics online, you will have to supply your TV provider info to secure free access. And if you happen to subscribe to Peacock, the NBC streaming platform, live Olympic coverage, along with daily highlights and replays will be broadcast on that service as well.

With the large time difference (13 hours for the U.S. East Coast and Tokyo), shooting events taking place during the day in Japan will be streamed stateside late in the evening. If you plan on watching the shooting events detailed in this article live, know that the earliest one on the docket is scheduled for 9:45 p.m. EDT. Most of the events will be streamed between around 10:00 p.m. EDT and 3:00 a.m. EDT each night. Don’t want to stay up late? No need to worry—each shooting event will available for replay after the original live stream.

Below is a schedule with all of the Tokyo Olympics shooting events that will be available for livestreaming via the NBC Olympic website. Note: All listings are Eastern Daylight Time.

NBC’s Tokyo Olympic Games shooting event coverage will begin on Friday, July 23 with the men’s 10-meter air pistol finals. The live stream of the finals will begin at 9:45 p.m.

On Saturday, July 24, live coverage of the 10-meter qualifying rifle and pistol events will begin at 10:15 p.m. Later that evening, the women’s 10-meter air rifle finals livestream will commence at 2:30 a.m.

Multiple shooting events will be livestreamed on Monday, July 26. First, the air rifle mixed team event, which will begin at 10:00 p.m. Rounding out the day’s livestreams will be the men’s and women’s skeet finals, which are slated to begin at 1:50 a.m.

Next, on Thursday, July 29, the rifle and pistol qualification matches will begin at 1:30 a.m.

The next day, Friday, July 30, NBC’s Olympic online coverage will feature the women’s air pistol 25-meter finals, with a live stream that will begin at 1:00 a.m.

NBC’s live online coverage of the shooting events at the Tokyo Olympics will wrap up on Monday, August 2, with two live streams for the men’s 3-position rifle 50-meter event that are scheduled for 1:30 a.m. and 3:50 a.m.

Shooting Sports USA will be providing daily updates about shooting events at the Tokyo Olympics. The best way to follow along is to subscribe to the free Insider newsletter. In addition, be sure to read our primer on the 2021 U.S. Olympic Shooting Team.

Every month, the digital edition of Shooting Sports USA, the NRA’s competitive shooting journal, provides in-depth product reviews from active competitors and strategies for excellence on the firing line. All shooting disciplines are covered, and upcoming matches are promoted in Coming Events, a listing of thousands of tournaments nationwide. Each issue also features reports from NRA-sanctioned matches and local club shoots. Learn more at www.ssusa.org.