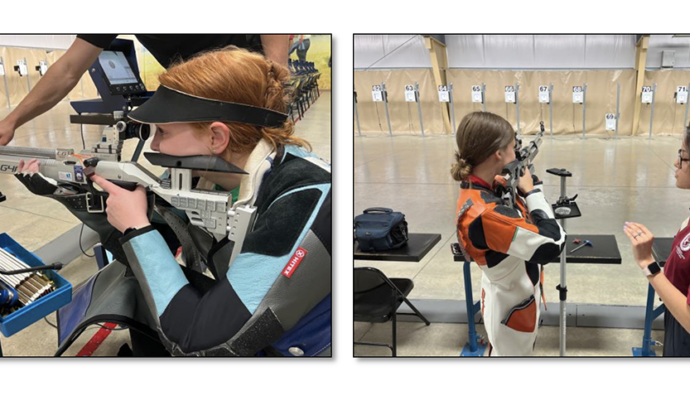 Marksmanship sports, such as air rifle or air pistol, can be a positive choice for those looking to involve their youth in a rewarding, fun activity. With air gun programs listed on the roster of many Division 1 universities and service academies around the country in club and NCAA team forms – not to mention their standing as traditional events performed at the Olympic Games – the shooting sports offer memorable adventures and boundless opportunities. Through our training mission, the CMP is happy to help those interested in the sport get started in the right direction.

The Junior Rifle Club at Camp Perry will be conducted every Tuesday and Thursday evening from 5 to 8 p.m. at the Gary Anderson CMP Competition Center, located on-site at Camp Perry, Ohio. Intended for ages eight and above, the club’s purpose is to introduce the shooting sports (specifically three-position air rifle) to local juniors – with an emphasis on safety and education.

Each training session will be led by former NCAA Division 1 rifle athletes, including those who currently facilitate CMP’s popular junior training camps during the summer months. Those involved in the Junior Rifle Club will learn the basics of the sport, strategies to compete successfully and tips on becoming a well-rounded athlete.

There is no initial cost associated with the program, and equipment will be provided by the CMP in introductory weeks.

Training will be held within the Gary Anderson CMP Competition Center’s 80-point electronic indoor air gun range. Outside the range doors, the facility features authentic Olympic and other memorabilia from the career of celebrated American marksman, Gary Anderson, and includes a retail center for equipment and memorabilia needs. Learn more about the CMP’s air gun competition centers at https://thecmp.org/ranges/cmp-competition-centers/.

If you’d like to become involved in the Junior Rifle Club or if you have questions, contact CMP’s Ryan Hinson at rhinson@thecmp.org or call 419-635-2141 ext. 751. Or you may simply show up to the range during Open Public timeslots, hosted every Tuesday and Thursday from 5-8 p.m., to learn more. We hope to see you there!