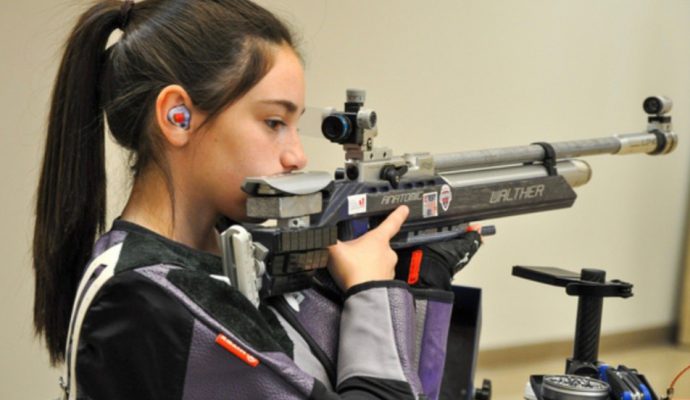 The Texas Hill Country Shooting team earned first place overall in the precision team competition for the Round 1 Qualifier during the 2020-2021 American Legion Postal Competition. Results were announced on Feb. 1, 2021, with all individuals firing a 3×20 course of fire. Their combined score of 2355-167x edged out Patriot Shooting Club of Virginia 4-H, whose members recorded a score of 2342-155x, and Lincoln Rifle Club Junior Division 1, which earned a score of 2340-143x.

A total of 49 teams competed with 247 competitors from across the Nation. The team will compete for the second round of competition on April 1, 2021.

If you’d like to find your local club, visit the CMP Competition Tracker Page at https://ct.thecmp.org/app/v1/index.php?do=clubSearch to become involved.

Have an article to share or want to highlight your CMP Affiliated Club?  Send us your photos, reports and articles to highlight in The First Shot – email abrugnone@thecmp.org. We look forward to hearing from you.

A Note from the CMP: At the CMP, we are not only dedicated to an increasing number of those involved in marksmanship within our own programs but are also devoted to supporting the efforts of those who are creating their own legacies in their own ways. Our Club News articles are our way of displaying the successes of our clubs, in the hopes of encouraging others to take the same respectable paths – both in marksmanship and in life. We are proud of our clubs for all of their endeavors and are honored to show them off within our news feed.