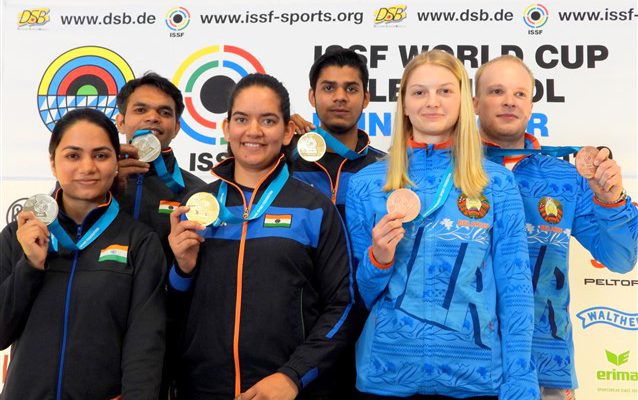 The India 2 team won the silver medal, thanks to Apurvi Chandela and Deepak Kumar. Chandela set a new World Record in the Air Rifle qualification match at the World Cup in New Delhi earlier this year.

In the bronze medal match Belarus 2 team, consisting of Maria Martynova and Illia Charheika, defeated the national team of Austria 2, represented by Olivia Hofmann and Alexander Schmirl. This is the first medal for Belarus at this World Cup.