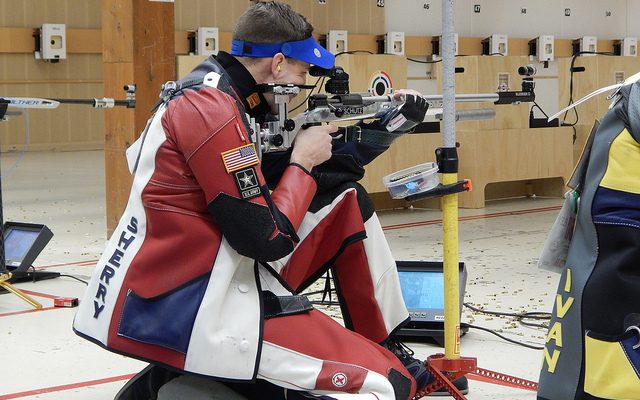 More than 130 Rifle and Pistol athletes are heading to Fort Benning, Georgia to compete in the USA Shooting Rifle/Pistol Spring Selection Match beginning Monday and running through March 30 at the home of the U.S. Army Marksmanship Unit.

This match will select the competitors eligible to compete at the upcoming International Shooting Sport Federation (ISSF) World Cups in Beijing, China and Munich, Germany; as well as for the Pan American Games in Lima, Peru later this summer. For Paralympic athletes, this match is part of the selection process for the World Shooting Para Sport (WSPS) World Cup in Osijek, Croatia and the Parapan American Games, also in Lima this summer. This year’s Parapan American Games will be the first time in which shooting will be contested.

On the Pistol side, Alexis Lagan (Boulder City, Nevada) narrowly missed out on a Finals spot at the World Cup in India but look for her to be challenged by up-and-coming Junior athletes, including Junior World Championship silver medalist Katelyn Abeln (Douglasville, Georgia) and Sarah Choe (Los Angeles, California). Choe’s Qualification score in Sport Pistol at the World Championship would have put her just two points out of a Finals spot in the Open division. 2012 Olympian Nick Mowrer (Butte, Montana) will not only shoot Men’s Air Pistol, he will also compete in Men’s Three-Position Rifle at this selection match. At the Smallbore Selection Match at the end of 2018, Mowrer finished in second place in Three-Position Rifle.

Competition schedule for the Rifle/Pistol Spring Selection Match: https://bit.ly/2TSuBoa. Results can be found daily at http://www.usashooting.org/7-events/match-information and on USA Shooting’s Facebook and Twitter pages.