You are here: Home / Competition / Whittenburg Elected as Chairman, Marsh as Vice Chairman of USA Shooting Board of Directors 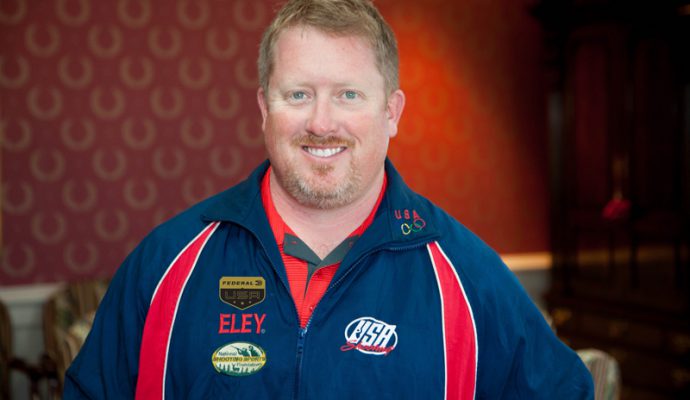 The USA Shooting Board of Directors elected Chad Whittenburg (Columbia, Tennessee, top picture) as Chairman and Rick Marsh (Searcy, Arkansas, bottom picture) as Vice Chair at their first meeting of 2019 in Colorado Springs.

“I’m very excited about the direction of the USA Shooting Board,” Whittenburg said. “Rick and I are very like-minded, passionate entrepreneurial business professionals that have both been involved with this organization for many years. We’ve both had children as Junior athletes come up through the ranks of the sport to a World Championship level and have seen USA Shooting from the ground up. I believe it’s important and a fresh approach to have the leaders be connected inside the sport and I look forward to working with him and the rest of the board of USA Shooting.”

“Our athletes work hard, devoting unbelievable time and energy into becoming the best at their craft,” added Marsh. “I want to do my part to influence USAS and our leadership to work as hard as our athletes. Shooting is an individual sport; however, each successful athlete has a team around them who help them be successful. USAS is part of that team. I intend to work hard to help USAS be a more effective supporter of our athletes. “

During a special board meeting on October 23, previous Board Chairman Jeff Price and Independent Director Kristen Raskopf resigned from their positions on the BOD; Price due to other obligations and Raskopf to assume a role on the USA Shooting Judicial Committee. Raskopf was also appointed as chairperson of the Judicial Committee by the BOD.

Price and Raskopf’s terms on the BOD were set to expire on December 31, 2018. Marsh and new board member David Meltzer replaced Price and Raskopf in the two-year term positions.

“For myself personally, as a new board member I sought to serve in the Club Representative role,” said Whittenburg, whotook over as Member Club Representative when Lisa Kelley’s term expired at the end of 2018. This position was nominated and voted on by the USA Shooting member clubs. “Through our board training and getting to know each of my peers, I saw an opportunity where my educational/work background, governance experience on other boards and my institutional knowledge of USA Shooting could be applied towards the USAS board as a whole.”

“We’re lucky to have two businessmen with such a strong background in the many levels of this organization who are eager to share their knowledge, experience and their voices on this board,” said USA Shooting CEO Keith Enlow. “They’ve been involved in USA Shooting from the grassroots-level on up so I’m excited about the leadership they can bring to these positions.”

Whittenburg has competed as an athlete in service rifle/pistol while in the Marine Corps. After leaving a career as a Wildlife Biologist and Programs Director with the Tennessee Wildlife Federation, he is now the President of Firm Foundation Custom Homes and Head Coach of the very successful Martin Methodist College Clay Target Team in Tennessee where several of his athletes have gone on to national and international success in the USA Shooting ranks. He also launched the successful VISSTA (Volunteer International Shotgun Sports Training Association) in Tennessee. Read more about that program here. Whittenburg frequently volunteers his time as a member of the coaching staff at USA Shooting matches. In 2015, he was named USA Shooting’s Development Coach of the Year.

At age 25, Marsh started Audio International, Inc., a company that designed and manufactured electronic equipment for the corporate jet marketplace.  He also negotiated its sale in 1997 and founded Syaid Designs in 2001, a company that designed and manufactured lighting systems and other electronics for the corporate and commercial aircraft market. As a business executive who built two successful technology companies and an engineer by training, Marsh also brings extensive experience with the shooting sports and athlete development. His daughter, Elizabeth, is a current NCAA athlete competing in Rifle at Texas Christian University and a member of the USA Shooting National Team. She was also a member of the 2015 Pan American Games Team.

Other positions that were elected at the USA Shooting Board of Directors meeting:

Learn more about the USA Shooting Board of Directors reforms here: http://www.usashooting.org/news/2016/10/18/890-first-five-bod-members-named-as-part-of-usa-shootings-on-going-governance-reform.