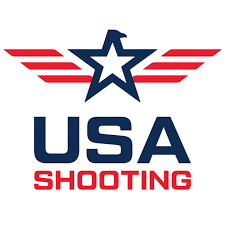 Whitetails Unlimited contributed $2,000 to the NSSF fundraiser in support of the USA Shooting Team. The team is headquartered in Colorado Springs, Colorado and supports USA’s Olympic and Paralympic shooting disciplines. These disciplines include pistol, rifle, and shotgun. The NSSF’s fundraiser is vitally important for the USA Shooting Team since the team relies primarily on donations for funding. Because of this, it makes it difficult to compete with other countries like China and Russia which are government-funded.

Shooting sports is important to the essence of Whitetails Unlimited and acts as one of the 4 pillar programs to it’s mission. WTU’s Staying on Target program supports all disciplines of shooting from air rifle, to archery, to 5-stand trap. The Staying on Target program also serves as WTU’s largest program in terms of funds with nearly $700,000 expended through the program annually.

“There is proven progression that individuals that participate in shooting sports, whether it be with a bow or firearm, will eventually want to take the experience to the next step and head out into the woods,” says Whitetails Unlimited Program Services Director Russ Austad.

If you or your organization is interested in contributing to USA Shooting, click the link to make your donation: https://fundraise.givesmart.com/vf/WORLDS/Fundraiser

Since our beginning in 1982, Whitetails Unlimited has remained true to its mission and has made great strides in the field of conservation. Thanks to more than 475 chapters, 114,000-plus members, chapter volunteers, and corporate sponsors, Whitetails Unlimited has earned the reputation of being the nation’s premier organization dedicating its resources to the betterment of the white-tailed deer and its environment. Our mission is to raise funds in support of educational programs, wildlife habitat enhancement and acquisition, and preservation of the shooting sports and hunting tradition for future generations. To date, Whitetails Unlimited has expended more than $116 million on program services and activities that continue to enhance, and ultimately foster, our mission.