You are here: Home / In the News / What is an Airsoft Gun? Are They Safe? Who Can Use One? 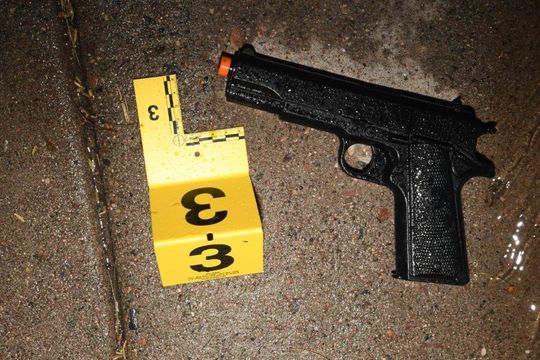 A nonlethal airsoft gun is at the center of the controversial Tempe police shooting of 14-year-old Antonio Arce.

Police have said the boy stole the gun from a vehicle and ran from police. A Tempe officer chased Arce down an alley and shot him as he was running away.

What is an airsoft gun?

An airsoft gun often resembles a traditional firearm but shoots nonlethal, plastic pellets. They are used for target practice and military-style games, similar to paintball guns or BB guns. They are sometimes described as non-powder guns or imitation firearms.

Federal law does not consider an airsoft gun to be a firearm, but it does have some regulations for them.

Federal law requires these guns to be sold with an orange tip on its muzzle, distinguishing it from a lethal firearm. But states vary in their requirements about whether that orange tip must be kept on.

Arizona has no state laws regulating the sale of airsoft guns.

Read the rest: What is an airsoft gun? Are they safe? Who can use one?