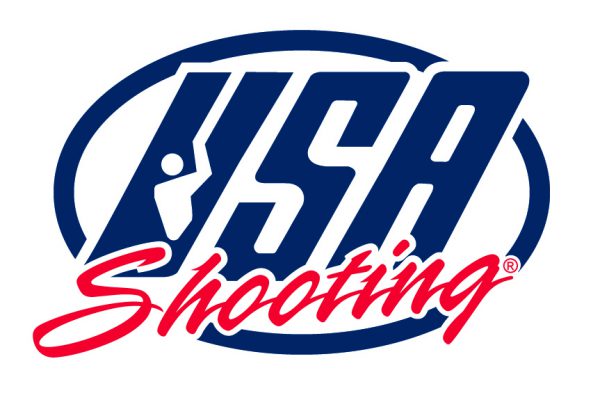 COLORADO SPRINGS, CO – The board of USA Shooting is proud to welcome four new directors with a variety of experience and expertise to its ranks. Joining the Board of Directors (BOD) are Scott Williams, David Meltzer, Rick Marsh and Chad Whittenburg.

During a special board meeting on October 23, Board Chairman Jeff Price and Independent Director Kristen Raskopf resigned from their positions on the BOD; Price due to other obligations and Raskopf to assume a role on the USA Shooting Judicial Committee. Raskopf was also appointed as chairperson of the Judicial Committee by the BOD.

Price and Raskopf’s terms on the BOD were set to expire on December 31, 2018. Marsh and Meltzer will replace Price and Raskopf in the two-year term positions. Williams will serve out the remainder of Vice Chair Paul Boyer’s four-year term that began in 2016. Officer positions, including the selection of a Chair and Vice Chair, will be determined at the first USA Shooting BOD meeting in 2019.

Whittenburg will serve the remainder of Member Club Representative Lisa Kelley’s four-year BOD term that began in 2016. This position was nominated and voted on by the USA Shooting member clubs.

Starting back in March 2016 as part of USA Shooting’s ongoing governance reform, Independent Director candidates were provided to USA Shooting’s current BOD from a three-person search committee led by the U.S. Olympic Committee’s Rick Adams, Chief of Paralympic Sport and NGB Organizational Development. The committee helped solicit and vet appropriate nominees and provided recommendations to USA Shooting. The previous Board voted to elect four positions (Price, Boyer, Raskopf and Bridendolph) and determined the length of terms for each candidate. The four Independent Directors are now elected by the Board based on nominations by the USA Shooting Nominating and Governance Committee. Learn more about the BOD reforms.

“USA Shooting and myself personally are so thankful to Jeff, Kristen, Paul and Lisa for their dedicated service in their roles on our Board of Directors,” said USA Shooting CEO Keith Enlow. “Board service is a tough volunteer role and they each brought passion, dedication and grace to the position and I cannot thank them enough for their hard work.”

Scott Williams: As President of Cabela’s, previous President of Fanatics and General Manager of Samsclub.com, Williams brings a background of top-level leadership that spans the outdoor industry, as well as marketing, licensing, mass-market retail and sponsorships. He is also a current board member of Duluth Trading and Bain Capital and hopes to provide productive input in leading USA Shooting with his previous professional and board positions.

David Meltzer: Meltzer is an entrepreneur, author humanitarian, speaker and current CEO of Sports 1 Marketing; a global marketing agency he founded with Hall of Fame quarterback Warren Moon. Prior to his position at Sports 1 Marketing, he also served as CEO of Leigh Stenberg Sports and Entertainment, as well as CEO of Samsung’s first smartphone division (PC-E Phone). He is also the Chairman of the Unstoppable Foundation, a non-profit humanitarian organization bringing sustainable education to children and communities in developing countries.

Rick Marsh: At age 25, Marsh started Audio International, Inc., a company that designed and manufactured electronic equipment for the corporate jet marketplace. He also negotiated its sale in 1997 and founded Syaid Designs in 2001, a company that designed and manufactured lighting systems and other electronics for the corporate and commercial aircraft market. As a business executive who built two successful technology companies and an engineer by training, Rick also brings extensive experience with the shooting sports and athlete development. His daughter, Elizabeth, is a current NCAA athlete competing in Rifle at Texas Christian University and a member of the USA Shooting National Team. She was also a member of the 2015 Pan American Games Team.

Chad Whittenburg: Whittenburg hopes to put his diverse experience in nonprofit leadership, management, human resources, as well as an athlete and a coach to use helping athletes live their dreams in the Olympic movement. Not only was he a member of the Marine Corps Rifle and Pistol Team, but he is also President of Firm Foundation Custom Homes and Head Coach of the Martin Methodist College Shotgun Team where several of his athletes have gone on to national and international success in the USA Shooting ranks. Whittenburg frequently volunteers his time assisting the coaching staff at USA Shooting matches. In 2015, he was named USA Shooting’s Development Coach of the Year.

About USA Shooting: USA Shooting, a 501c3 non-profit corporation, was chartered by the United States Olympic Committee as the National Governing Body for the sport of shooting in April 1995. USA Shooting’s mission is to prepare American athletes to win Olympic medals, promote the shooting sports throughout the U.S. and govern the conduct of international shooting in the country. Check us out on the web at usashooting.org and on Twitter at twitter.com/USAShooting.