You are here: Home / Competition / USA Shooting Launches RAISE THE FLAG Campaign as part of 2020 Vision 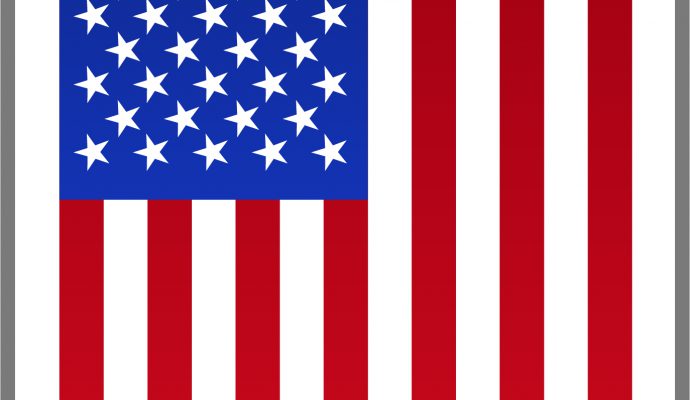 (COLORADO SPRINGS, Colorado – April 24, 2019) With exactly 15 months until the 2020 Olympic Games get underway in Tokyo, Japan, USA Shooting is launching the RAISE THE FLAG campaign. The campaign will serve as the motivational driver used to pursue all available resources and sharpen the organizational vision on the mission of getting athletes on the podium and seeing that American flag raised in competition.

The key element of the campaign is the Chairman’s Challenge being initiated by USA Shooting Board Chairman Chad Whittenburg, in what he describes as a true sense of urgency and directed passion. The USA Shooting Board of Directors recently voted to fund all athletes qualifying for World Cup events in 2019, a decision that means the organization needs to raise $200,000 to support that effort.  Previously, athletes were only allowed to compete if they had achieved a Performance Standard Score (PSS), which was the average score needed to make a World Cup Final. With the start of the Beijing World Cup Tuesday, USA Shooting is fielding complete teams across all disciplines for the first time since before 2016.

“I will not sit back any longer without doing everything I can to make sure our athletes have the resources they need to go about raising our flag at international competition,” said Whittenburg, who became Chairman in January. “It is unacceptable to me that we as an organization and shooting sports community can’t rally behind America’s Shooting Team athletes enough to ensure they can compete overseas as proud members of Team USA without having to fund that trip themselves. Our athletes deserve the opportunity to compete and get better without that financial stress weighing over them.  We can do better for our athletes that represent America and the shooting sports at the highest level and accepting this challenge will allow us to do so and help us achieve our 2020 vision.”

On average, funding an athlete to compete in a World Cup costs approximately $3,400. Thirty athletes are competing at the Beijing World Cup, for a team total of $102,000, not including coaching and team support expenses.

The Challenge will begin with Whittenburg asking all seven current BOD members to help jump start the effort as well as all 15 USA Shooting staff members.  Every single dollar raised will go directly to paying for athletes traveling overseas to World Cups, World Championships and World Cup Finals for the remainder of this calendar year to help us Raise the Flag. This RAISE THE FLAG campaign will also feature a new licensing effort with a full line of quality merchandise and shooting accessories that will be available in various retail outlets starting in June. Look for exclusive merchandise before that on the USA Shooting Store. The Midway USA Foundation will also incorporate the licensed apparel in their interactions with more the 2,700 youth shooting teams.

Storytelling and creative content will also be an important ingredient of the new campaign with USA Shooting hopeful to elicit new energy and community-wide awareness in support of America’s Shooting Team. USA Shooting Team athletes represent everything there is to love about the shooting sports. The story of our athletes can’t be told enough and as we cheer them on along their Road to Tokyo and beyond, we hope the shooting sports community will take the time to recognize what opportunity this next year provides to help change the narrative and to give the gun culture something to be proud of and stand behind.

The new campaign will also provide greater engagement opportunities and additional pathways for sponsors and donors to get involved in supporting America’s Shooting Team.