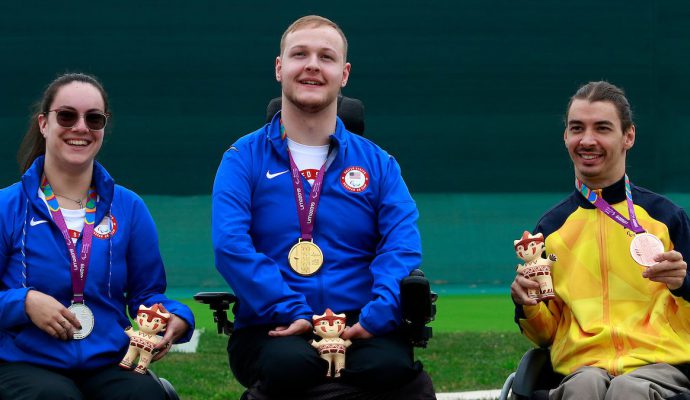 The U.S. team finishes the Parapan American Games with the most gold medals, nabbing five to go along with one silver and three bronze. The nine total medals were second only to Brazil’s 10.

“We had great experience here in Lima,” said U.S. Paralympic Coach Will Anti. “The team performed at a very high level in a setting that mimics a Paralympic Games environment. That’s extremely encouraging as we count down the year to Tokyo. The team was very adaptable to their surroundings and were very diligent in executing their individual game plans. We enjoyed a stunning venue, in which we hope to return to in the future, and we were treated with nothing but kindness from every staff and volunteer. The infrastructure and organization exceeded all of our expectations; I think Lima should be very proud of the product they put forward.”

On Tuesday, Bardfield and Dahl were the last two shooters remaining in the elimination round with Bardfield totaling 252.1 points to Dahl’s 251.4. Teammate Jazmin Almlie-Ryan (Houston, Texas) was seventh, while Brazil’s Bruno Kiefer took the bronze medal.

Other highlights from the week included the U.S. rifle team winning every event and posting the highest qualification in every discipline. Aside from many stellar gold medal performances, the team also some had some major breakthroughs from some of the developmental athletes, including Nick Beach (Dresden, Ohio) shooting a personal record in R6 (Mixed 50m prone) in very challenging conditions.

Full results can be found at https://www.lima2019.pe/en/results.