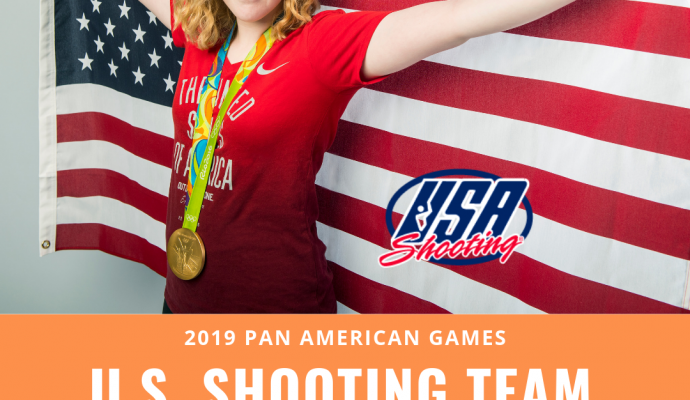 The Pan American Games will be a critically important match to America’s Shooting Team eager to prove itself with a mix of young and proven talent.  Athletes will be seeking 10 Olympic quotas at the Pan American Games including two in Shotgun (Men’s Trap), three in Rifle (1 each in M/W Air & 1 in Women’s Smallbore) and five in Pistol (M/W Air, Rapid Fire, 2 Sport Pistol).

In search of three Olympic quotas, Team USA’s Rifle Team will include the reigning Olympic champion Thrasher (Springfield, Virginia) although she will not be competing in the Air Rifle event that she earned gold in.  She’ll be joined by her 2016 Olympic teammates Michael McPhail (Darlington, Wisconsin) and Lucas Kozeniesky (Fairfax, Virginia).

An Olympic quota is essentially a country’s ticket to participate in a specific event in the 2020 Olympic Games. Earning an Olympic quota in competition ensures the country a spot in that particular event, not necessarily the athlete.  In Lima, Olympic Quotas will be handed out to the top-two finishers in each discipline for athletes having not already earned a Quota for their country.

READ EACH FULL TEAM ANNOUNCEMENT BELOW