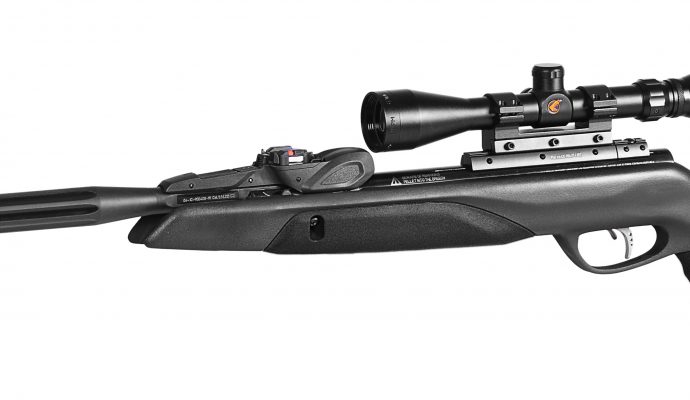 ROGERS, Ark. (July 30, 2020) GAMO Precision Airguns introduced two new gas-piston-powered, 10-shot autoloading air rifles during 2020 – the super-fast Swarm Magnum and the original Swarm Maxxim – each in Generation 2 of the industry changing Swarm technology. Gamo’s Swarm Technology revolutionized the air rifle industry by using a 10-shot magazine – just break the barrel and shoot. No more fumbling around for another pellet to reload those tired single-shot air rifles. Load 10 pellets into the magazine, snap it in place and shoot. The pellet is automatically fed into the barrel when you break the barrel between shots.

The Swarm Magnum Gen2 is Gamo’s fastest air rifle, pumping out 1,300 feet per second with a .22 caliber pellet. This air rifle features Gamo’s biggest gas cylinder (33mm) and delivers powerful performance. The Swarm Magnum Gen2 has some of Gamo’s most-advanced sound suppression, trigger and other top features, and is a serious small-game hunting rifle.

The Swarm Maxxim is well known as the rifle that introduced Swarm technology to the world. This second-generation model comes in both .177 and .22 caliber and produces velocities that make it the perfect youth small-game rifle or all-around plinker.

For more information go to www.gamousa.com.