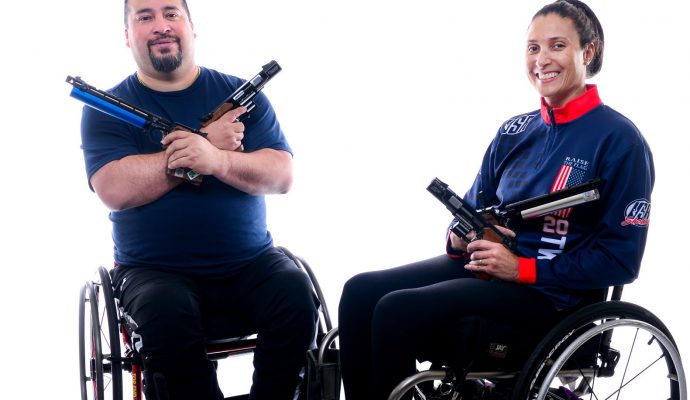 Shooting sport athletes will compete at the Parapan American Games, August 23-September 1, for the first time in Lima, Peru. This year’s Nationals served as the conclusion of their selection that included any World Shooting Para Sport (WSPS) or USA Shooting matches since January. Athletes were required to achieve two Minimum Qualifying Scores (MQS) in their event to be eligible to compete and Team selection was based on an average of an athlete’s three best scores over the given timeframe. The roster includes 2016 Paralympic bronze medalist McKenna Dahl (Arlington, Washington) along with fellow rifle Paralympians Jazmin Almlie-Ryan (Houston, Texas) and John Joss (Corsicana, Texas). Dahl earned her medal in Mixed Air Rifle event at the 2016 Games in Rio becoming the first U.S. woman to medal in shooting at the Paralympic Games. She’s added smallbore (.22 caliber) training to her routine with the addition of that to the Paralympic program. Joss is the lone athlete to have secured a Paralympic quota to date in R6 event (50-meter Prone Rifle) by virtue of a second-place finish at the 2018 World Shooting Para Sport World Cup in Chateauroux, France.

Depth in Rifle is really starting to develop as witnessed by the emergence of Taylor Farmer (Castalia, Ohio), Stetson Bardfield (Colorado Springs, Colorado) and Kevin Nguyen (Westminster, California).  These three athletes have proven themselves in competition since 2016 and will look to kick-start their run to a 2020 Paralympic Team push in Lima.  Farmer earned Paralympic Athlete of the Year honors in 2018 for USA Shooting. Nick Beach (Dresden, Ohio) will make his first formal Team USA appearance as well.