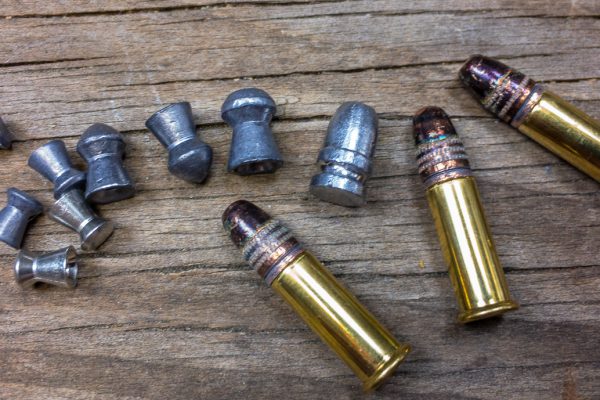 Rimfire rifles chambered in the ubiquitous .22LR caliber have roamed the earth nearly as long as dinosaurs and my Toyota Sequoia.

There are good reasons for that. Rounds are cheap. They have enough power to satisfy most plinking desires and to make mincemeat of tins of SPAM. They’re accurate. Their noise level is a fraction of that of a Megadeth reunion concert.

You know what? It seems to me that those attributes apply to airguns as well.

So, are today’s modern airguns the new .22LR? Perhaps they are. New air gunners stuck on comparing air rifles to Daisy Red Ryders now have a plethora of powerful choices in all sorts of action types. Centerfire aficionados who want the ability to crank off five, ten, or even more shots now can choose from powerful and accurate PCP rifles.

So how do modern air rifles really compare to the indomitable rimfire? To answer that question accurately we can’t just look at velocity or foot-pounds, we have to consider the whole picture. Hang on to your shorts, it’s math time. Looking at velocity, energy, and momentum metrics, this AirForce Condor SS .25 caliber came very close to matching the performance of a .22 rifle.

Comparing velocity is easy. Let’s look at .22 rimfire first. Using Federal Target grade 40-grain .22LR ammo, I measured velocity 15 feet from the muzzle at an average of 1,177 feet per second when fired from a Smith & Wesson M&P 15-22 rifle.

As for airguns, velocity depends on the caliber, pellet weight and the specific airgun in use. Here are a few examples I’ve tested recently.

At a glance, some of the air rifle and pellet combinations offer velocities in the same zip code as the venerable .22 rimfire. Of course, that doesn’t tell the whole story because .177 and .22 caliber pellets weigh far less than their rimfire counterparts. Most .22LR projectiles weigh either 38 or 40 grains while a handful of specialty loads may be lighter or heavier. I started my informal gel testing with a small airgun block. That was dumb as the .25 caliber pellets sailed right through and out the back.

What happens if we consider the unit of measure language spoken by air power aficionados everywhere, foot-pounds of energy? Using some of the same pellet and rifle combinations, we can calculate the following.

So, the .22 rimfire still wins. That’s not a big surprise. What may be a bit of a shocker is that if we step up one “caliber bigger” in the airgun world, we start to get spittin’ close to the energy of the .22LR. Anecdotal data backs that up as lots of air gunners use the .25 for hunting small game and varmints – just like users of the .22LR.

Kinetic energy is one measure of “oomph,” but it doesn’t tell the whole story. Here’s a quick analogy that would make my High School physics teacher cringe. Think of energy (foot-pounds) as destructive power, somewhat like an electric drill. When you apply that drill to a pine board, it rapidly creates a hole by pulping wood at high speed. However, that “energy” doesn’t send the board flying across the room. To measure “knockdown” type power, one needs to consider a different measurement of force – momentum. Let’s look at that next. This final measurement provides a different insight into the “power” of modern airguns relative to the classic rimfire. While foot-pounds measure raw destructive power, momentum reflects the ability to do work on a target, or move it if you will. If foot-pounds are analogous to a power drill, then momentum is comparable to a hammer. If we strike our pine board with a hammer, it’s going to move. How much depends on the velocity and weight of the hammer and the weight of the board.

Performing momentum math on our same rimfire and pellets, we observe the following.

Once again, our single-caliber upgrade puts us right near rimfire territory.

So, do we have a new .22? Perhaps. There’s no law that says that airguns have to match the velocity and energy numbers for their same-caliber centerfire counterparts. When one factors in other advantages, the scales seem to tilt in favor of air power. Those heavier and faster .22LR projectiles tend to make more noise and plow through stuff, so they’re not near as backyard friendly as airguns paired with small and light projectiles. If you need kinetic energy or momentum for hunting or other plinking purposes, moving up to a .25 air-powered rifle will get you pretty darn close to .22 rimfire performance across the board.