You are here: Home / Features / The Meaning of Bar 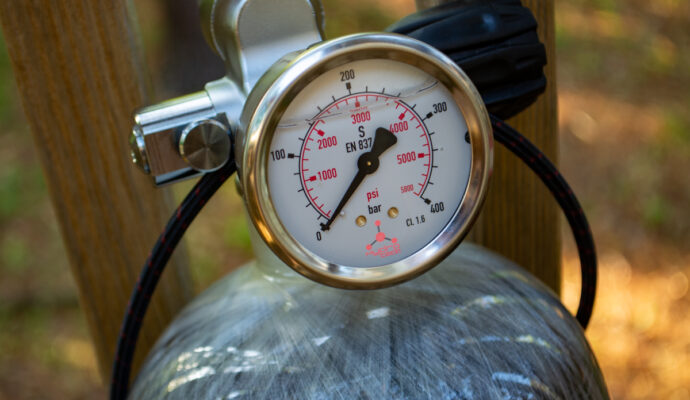 I feel like there’s a vast underground conspiracy in the great state of airgunning. I’m pretty sure it sources back to the same guy who decided .38 Special bullets should be .357 inches in diameter, invented the phrase “near miss,” and mandated those new environmentally-friendly gas cans guaranteed to release toxic fluids into the landscape with every pour — assuming you can open them.

Many modern airguns use a seemingly cryptic pressure measurement description stolen from the European metric system. Yes, the French probably had some influence in designing the whole “bar” thing, but don’t hold that against modern airguns. So, while truck tires, footballs, and some Nike tennis shoes use “pounds per square inch” (psi) to indicate pressure, many airguns use the “bar” measurement. According to the internet, the preferred source of fact-checkers worldwide, one bar is about 14.5038 psi, or well under half the tire pressure of my 2004 Sequoia.

But what’s a bar?

Let’s back up a tick before getting nitty-gritty about bar. It’s a unit of pressure, just like pounds per square inch, but different. To be more precise, pressure, and ipso facto e. pluribus unum, bar, is a measurement of force exerted per unit of area on a material or substance. Note bar is a metric measurement, so presumably, it came into airgunning vogue from across the pond owing to the increased popularity of cold-pressure projectile flinging in Europe.

If you want to get geeky about it, a bar is a whole bunch of pascals — 10 to the fifth power, to be exact. If I’m counting my zeroes properly, that’s 100,000 pascals. And what’s a pascal? One Newton of force on a square meter. Who in their right mind knows what a Newton of force on a square meter feels like? No one, most likely, but I can tell you a bar is just a hair less than one atmosphere of pressure, 0.9869 atmospheres to be exact.

So, let’s net this out. Assuming the surface area of one side of your body is about a square meter, a bar, or 100,000 pascals, is roughly the weight of about 62 miles of air on your chest as you sunbathe on the beach.

Powerful PCP airguns often sport onboard reservoirs designed to contain 250 bar of air, so we’re talking about 253 atmospheres of pressure. No small potatoes.

All this brings back bad memories of road signs labeled in both miles per hour and kilometers per not some metric time unit but also hours. Can’t we just pick one? And for the record, as “bar” is the traditional and established pressure unit of choice in the airgun world, I, for one, am happy to standardize on it.

But to be sure, I’ll not be asking any gas station attendants to top off my Sequoia tires at 2.344 bar.