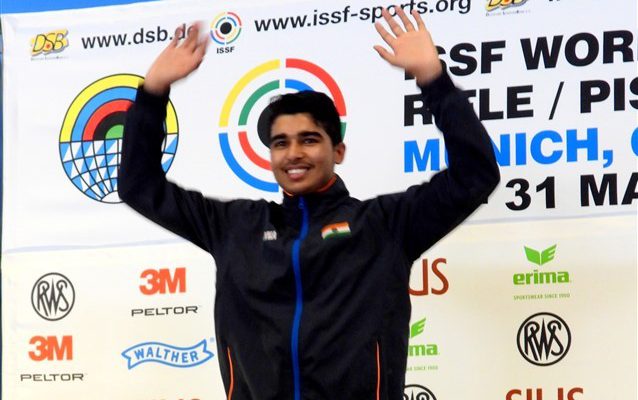 The Indian athlete’s 246.3 in the final was 1.3 better than his score when he took World Cup gold on home soil in New Dehli earlier this year.,

Russia’s Artem Chernousov took the silver and Wei Pang from China was the bronze medallist.

Both Pang Wei and his team mate Wu Jiayu, who finished fourth, won quota places for the Olympic Games in Tokyo next year.