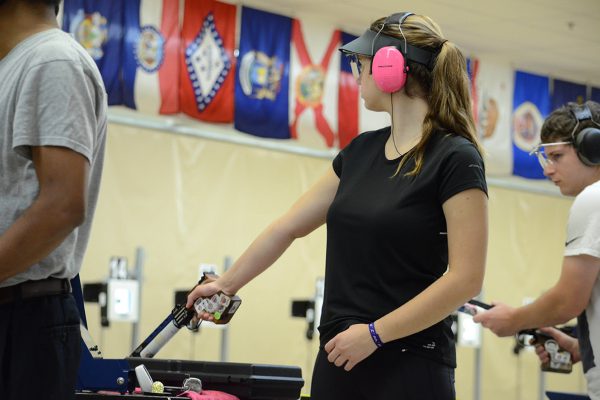 Hosting some of the best men, women and junior competitors from around the country, including members of the Army Marksmanship Unit and other national-level athletes, the Dixie Double serves as a learning opportunity for upcoming shooters as well as a worthwhile challenge for experienced marksmen.

Returning to the Dixie Double in 2018 is the Target Sprint competition – open to all competitors and non-competitors, ages 10 and up, who have completed a basic rifle safety class. During the event, participants run along a path, occasionally stopping to fire air rifles at five 10-meter falling targets, knocking all over before continuing on. The first to cross the finish line wins!