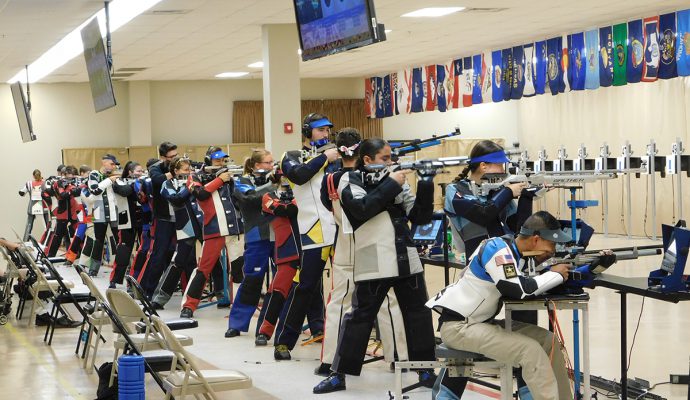 Hosting some of the best men, women and junior competitors from around the country, including members of the Army Marksmanship Unit (AMU) and other national-level athletes, the Dixie Double serves as a learning opportunity for upcoming shooters as well as a worthwhile challenge for experienced marksmen.

The Dixie Double’s Target Sprint competition will be on the schedule again in 2019, firing on Satruday, Nov. 2, and open to all competitors and non-competitors, ages 10 and up, who have completed a basic rifle safety class. During the event, participants run along a path, occasionally stopping to fire air rifles at five 10-meter falling targets, knocking all over before continuing on. The first to cross the finish line wins!

In addition to competitive opportunities, the talented members of the AMU will host an open clinic on Friday, Nov. 1, at 6:30 p.m. Those attending will be able to learn more about the fundamentals of marksmanship and are free to ask any questions throughout the training.