You are here: Home / Competition / Records Set In Munich As The Sport Looks To The Future 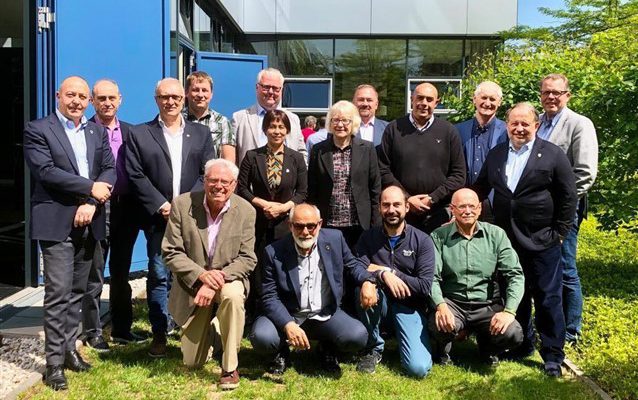 The Olympic Shooting Range hosted the highest ever number of participating nations in a ISSF World Cup, with 96 countries taking part. There was also a record number of countries taking part in the new Mixed Team formats; 76 in Air Rifle and 72 in Air Pistol – 72.  Overall there were 902 athletes competing in Munich and 1272 individual starts.

Whilst the athletes were competing, the ISSF held several meetings aimed at setting out a plan to modernise the sport – and the Federation – in the next few years. The Sports Commission tried to determine the optimal model for the 2021-2024 ISSF competitions and their formats.

Representatives from Continental Confederations had a chance to discuss development programmes, new approaches to education of coaches and preparations of referees. They also gave their views on the action plan to approve the new version of the ISSF Constitution.

There was also a focus on the ISSF competitions model between 2021 and 2024, the 2022 Youth Olympic Games shooting programme, and how to distribute invitations to the Tokyo 2020 Test Event. The ISSF has launched also debate over the introduction of a dress-code for finalists of ISSF competitions, starting from 2021.

Cooperation and a major partnership with the ISSF were discussed at a meeting with representatives of the shooting industry during the Munich event.