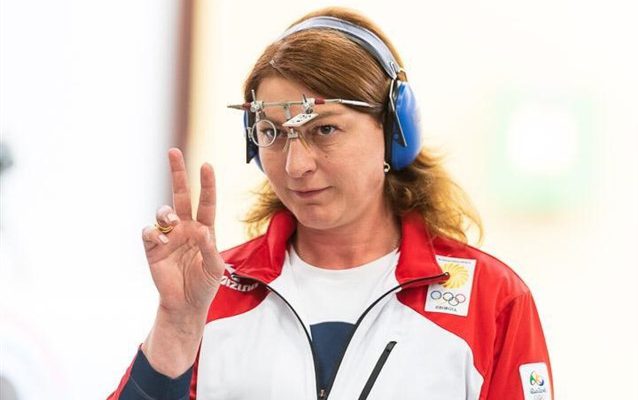 The 50 year old clinched an Olympic quota place after finishing fifth in the 10m Air Pistol Women event at the World Cup in Beijing.

It will be her ninth Olympics in a row, after making her debut in Seoul in 1988 where she won a gold and silver medal.   She has taken part in every Olympic Games since.

In the second event of the day – the men’s three positions 50m rifle competition, the Olympic quotas were won by gold medallist Filip Nepejchal from the Czech Republic and Zhao Zhonghao from China who finished third.

The 2016 Olympic silver medalist and 2018 World Champion Sergey Kamenskiy from Russia was second in Beijing, loosing out to Nepejchal on the last shot of the competition.  He had already booked a quota place at last year’s World Championship.