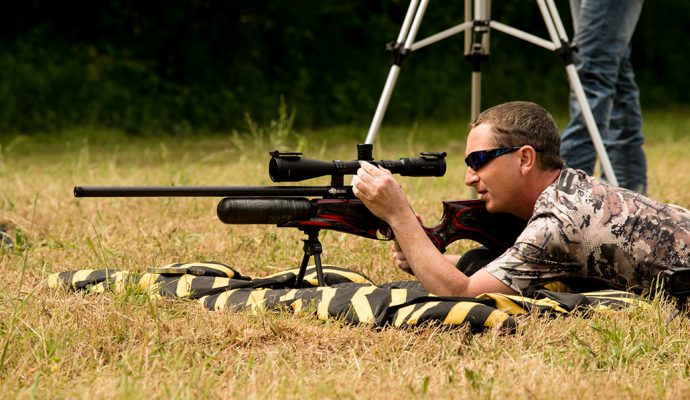 DENVER (July 8, 2020) – Outdoor Channel is mixing six expert airgun sport shooters with 10 challenges for a chance to win $15,000 in the American Airgunner Challenge. The show will air Wednesdays on Outdoor Channel beginning on July 8 at 7:30 p.m. ET.

“The new show is called American Airgunner Challenge and it’s something we have never seen before on television,” Morreale said. “Ten challenges, all airguns, with the world’s top airgunners battling it out for the title of ‘Airgunner Challenge Champion.’ The series isn’t just for airgun fans alone. It’s for every sportsman and woman out there. It’s all about shooting and competing.”

In the quest to continue to educate people who are unfamiliar with the airgun world and showcase just how fun and capable airguns can be, Outdoor Channel decided it was time for a shooting competition reality show. The series features six dynamic airgun personalities. Buddies and comrades at the start, they turn into fierce and focused competitors once the shooting begins.

The series comprises a competition involving: pistols and long-range shootouts to big bore’s blowing things up and shooting from moving vehicles. The competitors will be seen splitting cards at 75 yards and going head-to-head in speed competitions, as well as shooting arrows out of a .50 caliber airgun at a car suspended 60 feet in the air armed with explosive targets.

For more information about the American Airgunner Challenge on Outdoor Channel, visit: www.outdoorchannel.com.

About Outdoor Channel: Outdoor Channel has been taking viewers across America and around the world on unparalleled adventures since 1993. Dedicated to the outdoor lifestyle and conservation, the independent cable network is a division of Outdoor Sportsman Group and provides a complete spectrum of riveting hunting, fishing, shooting and adventure entertainment. Outdoor Channel is the largest outdoor TV footprint in the country and is available in more than 50 countries internationally. Outdoor Channel can be viewed in HD and is accessible by broadband and mobile platforms. For program times and other information, visit www.outdoorchannel.com. Follow us on Twitter, Instagram,Facebook and YouTube. #WhatGetsYouOutdoors. #MyOutdoorTV