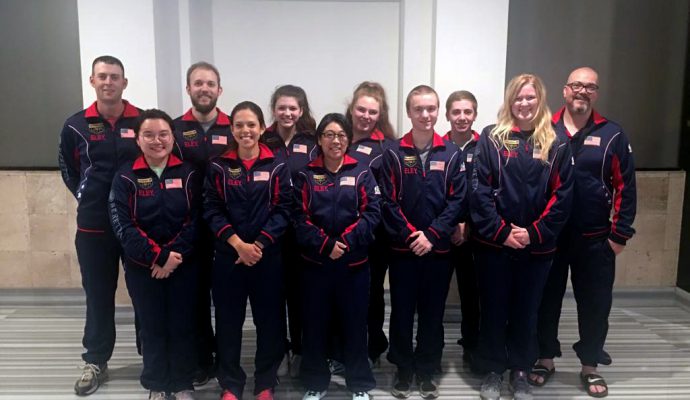 Turner, who won bronze in Men’s Air Pistol at the 2008 Olympic Games, has served as National Assistant Coach of the program since he stepped back from international competition in 2015.

Turner, 43, started out shooting competitively in 1987 with the Rochester Rifle Club. He started out shooting Rifle but made the switch to Pistol four years later. His devotion to the sport led to his parents building a makeshift range in the basement, then eventually to Colorado Springs where he would live and train to compete in the 2004, 2008 and 2012 Olympic Games. With the removal of his signature event of Men’s 50m Free Pistol from the Olympic program, Turner saw the opportunity to take the next step in his shooting career.

“I want to make sure there are more Olympic medalists in Pistol for the United States for years to come,” said Turner. “We need to continue to develop the Open-level people we have who just need that little extra to consistently make international Finals, and then we’ll work towards medals. There’s a ton of potential in our Juniors who’ve been shooting so well. I owe a huge ‘thanks’ to all of the coaches who’ve helped grow our young talent – our Junior program is as strong as it’s been in the last 15 or 20 years! Especially in the sport of Pistol, experience means a lot – and that includes learning to win and compete at a high level. My goal is to pass on everything I’ve learned in my career and have athletes comfortable enough to ask those questions because I’ve been in virtually every situation at the international level.”

“Jason’s helped me narrow my focus in training,” said Air Pistol National Champion and recent Championship of the Americas medalist Alexis Lagan. “I don’t go to training feeling overwhelmed with what I need to do. He gives me direction but isn’t overbearing with critiques or suggestions – it’s a great balance for a coach. He’s been an essential part of my progress over the last year and I have faith he’ll be a terrific National Coach.”