You are here: Home / Competition / Olympian Kozeniesky Overcomes to Earn Quota & Gold at Pan Am Games 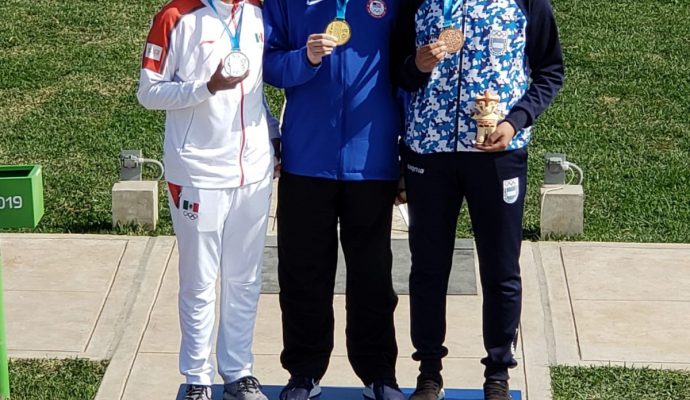 Nowhere has that been more evident than in Friday’s performance of Lucas Kozeniesky (Fairfax, Virginia) in securing an Olympic quota and earning the gold medal in the Men’s Air Rifle event.

His trip to Lima got off to a bad start as he was forced to arrive a day later than he intended to because of weather and flight cancellations. Before he got on his flight Tuesday, he was having stomach issues and pain he couldn’t identify. He arrived into Lima, but his luggage and gun did not. The stomach pain persisted, and he sought out sports medicine assistance from the U.S. Olympic and Paralympic Committee personnel. By Wednesday night, he was taken to the local hospital in Lima fearing that he might have appendicitis. Thankfully, they discovered it was a kidney infection and treated it accordingly about the same time that his luggage and gear arrived into the country.

By this morning’s competition, Kozeniesky stated that there was still some pain but that he was able to work through it.  He qualified fourth with a score of 622.1.  Once in the Final, he was focused and determined, never relinquishing the lead.  A 9.7 on shot 20 of 24 allowed Mexico’s Edson Ramirez to tie the Finals match. His average on the last four shots was 10.375 on a 10.9 scale to Ramirez’s 10.175 that included a perfect shot of 10.9 on his second to last shot to secure the win and quota by .8 points.

“I stuck to my fundamentals and worked with what I had,” Kozeniesky admitted. “To me, this gold medal reaffirms the hard work I put in for it and, regardless of what happens, keeping a level head and shooting a shot at a time, is what is most important.

“The quota is huge for the shooting team. We needed that quota, and there was no way Tim or I was leaving without one,” Kozeniesky added. “We now have a full set of quotas for the rifle team and that means more Americans can go to the Olympics this upcoming year.”

The quota earned by Kozeniesky along with the quotas earned by Ginny Thrasher (Springfield, Virginia) in Women’s Three-Position and Ali Weisz (Belgrade, Montana) in Women’s Air Rifle means that the U.S. Rifle Team earned all available Olympic quotas, a huge step in the progression of the program after three quotas were left unfulfilled for 2016.

The U.S. Army Marksmanship Unit’s (USAMU) Tim Sherry (Highlands Ranch, Colorado) finished fifth overall after his golden triumph earlier this week in Three-Position Rifle. He qualified fifth and that’s where he remained in the Final after a couple ill-placed shots during his first 10 shots. 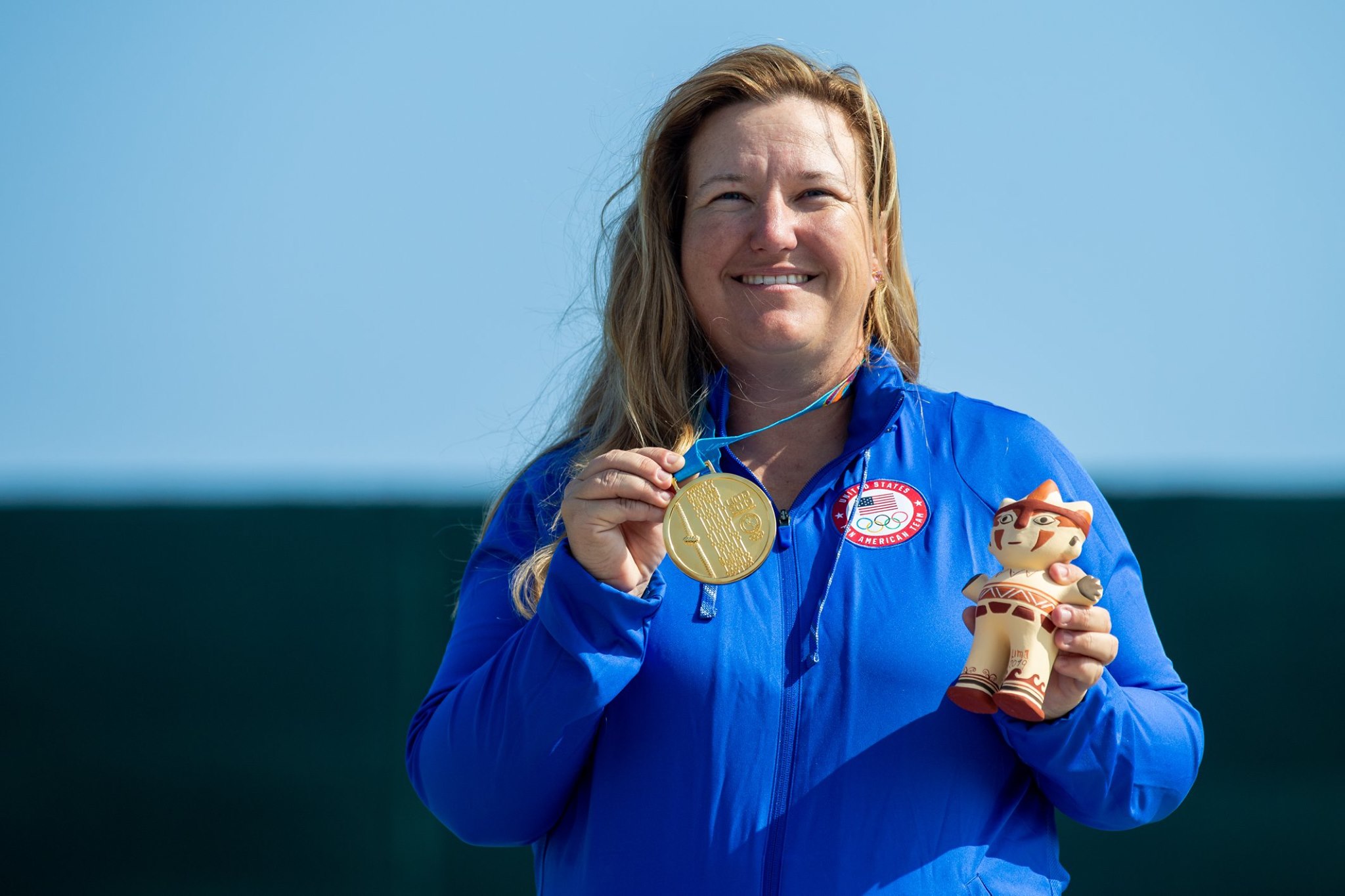 Meanwhile, it was more of the same in shotgun for Team USA and more of the same in particular for the sport’s living legend in Kim Rhode (El Monte, California).  The U.S. earned two spots on the podium for the fourth time in four events when Dania Vizzi (Odessa, Florida) earned a bronze medal.

Rhode earned Pan Am Games gold for the third consecutive time and fourth overall in her illustrious career. She qualified first with a score of 119 out of 125 while Vizzi qualified third with a 117.

Once in the Final, Rhode started the Final by missing just two targets out of her first 30, with Chile’s Francisca Crovetto and Vizzi each missing six. With four misses in her next 20 shots, Vizzi would be eliminated in the bronze-medal position after shot 50 with Crovetto missing three times over that same stretch.  With 10 targets remaining, Rhode had a five-target advantage on Crovetto. Rhode would falter just one other time compared to Crovetto’s four misses, resulting in an eight-target victory for the six-time Olympic medalist.

As she usually does, Rhode deflected the attention of her third straight Pan Am Games conquest to other things when asked, including praising her teammate Vizzi for joining her on the podium. “The range is beautiful, the people are super friendly, and it’s been a competition to remember,” she said.

USAMU soldier-athletes Christian Elliott (USAMU/Greenville, Indiana) and Phillip Jungman (Caldwell, Texas) are in prime position to add to the shotgun medal total Saturday. Elliott missed one target out of 50 and is presently tied for fifth, while Jungman dropped two targets and is tied for seventh.

In the Air Rifle Mixed Team event, Kozeniesky will pair with Air Rifle silver medalist Mindy Miles (Weatherford, Texas) while Sherry will team up with Weisz. That tandem made Final and finished fourth at World Cup Beijing earlier this season.