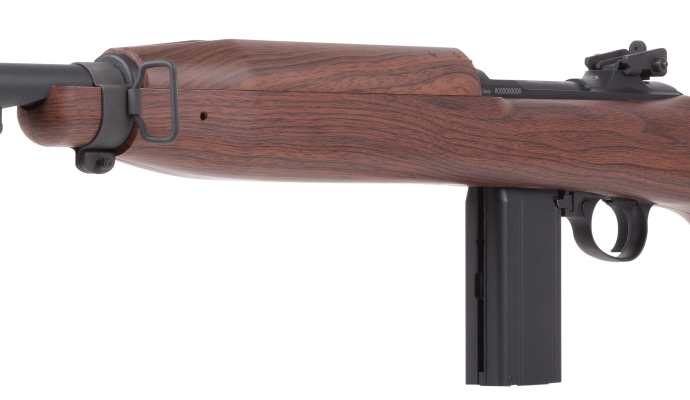 CLEVELAND, OHIO (January 18, 2019) Air Venturi, a leading manufacturer and importer of airguns and airsoft guns will be showcasing its brand new officially licensed Springfield Armory® replica pistols and rifles at the 2019 SHOT Show, located in booth #2007.

The iconic M1 Carbine Rifle, the standard firearm for the U.S. military during World War II, the Korean War and well into the Vietnam War, will be available through Air Venturi as both a .177 BB CO2 air rifle or 6mm CO2 airsoft rifle starting in spring 2019.  Featuring an full metal receiver and synthetic wood look stock, the .177 CO2 BB Rifle shoots velocities up to 425 fps and gets nearly 40 shots per 12 gram CO2 cartridge.

When the XD(M)® series of polymer pistols were introduced in 2007 from Springfield Armory®, the line featured a ground-breaking design that offered new and higher standards for ergonomic comfort, ease of operation, features and performance.  Over one decade later, Air Venturi brings this legendary series to the airgun and airsoft replica market, in both compact (3.8″) and standard (4.5″) configurations. The .177 BB CO2 series features a 20 rd mag, full blowback and can shoot velocities of up to 325 fps.  The airsoft pistol series are powered by green gas (with CO2 magazines available) and can shoot up to 280 fps in the compact models, and up to 330 fps in the standard models.Both the airsoft and airgun versions offer interchangeable backstraps, like its firearm counterpart, for ergonomic comfort.  The 3.8″ compact versions offer coordinating grip frame extensions to allow the use of the longer 4.5″ version magazines. Both BB and airsoft models will be available in all black and black frame/silver slide finishes starting in spring 2019.

“We are beyond excited to be launching both the M1 Carbine rifle series and XD(M)® pistol seriesas our first replicas from the iconic Springfield Armory® line of firearms,” said Val Gamerman, President of Air Venturi. “The M1 Carbine embodies the history of the revered firearm that was used not only the U.S. military, but by military, paramilitary and police forces around the world.  The XD(M)® series of pistols, available in 8 different configurations, will be available in spring 2019, and will be a hit with airgunners, replica enthusiasts and airsoft fans alike.”

In 1794, the original Springfield Armory was designated as our national armory by General George Washington, and began manufacturing muskets for the defense of our young, free Republic.  This monumental institution went on to serve as a think tank for developing innovative firearms concepts and producing some of the most storied rifle platforms in our country’s history.  The Armory functioned as a firearms supplier for every major American conflict until 1968 when the government sadly closed its doors. In 1974, two centuries after its inception, Springfield Armory Inc. in Geneseo, IL revived the iconic heritage of the Armory to carry on its legacy and restore the Springfield Armory name.

Springfield Armory Inc. engineers, manufactures and assembles their legendary M1A™, 1911 and SAINT® AR-15 lines of firearms in Geneseo, Illinois. Since 2001, Springfield Armory has enjoyed a strategic, collaborative partnership with the state-of-the-art factory in Croatia working hand-in-hand to develop and engineer the multiple award-winning line of XD® polymer pistols that have become staples in the US marketplace. We strive to honor this responsibility as guardians of the original Springfield Armory legacy by manufacturing the highest quality firearms to enable responsible citizens to preserve their right to keep and bear arms in the defense of life, liberty and the pursuit of happiness.

With an unmatched emphasis on craftsmanship, performance and exceptional customer service, our mission is to forge superior firearms and provide the tools necessary to defend individual freedoms and equality for those who embrace the rights and principles secured by our Founding Fathers.  For more information, please visit us at: springfield-armory.com.