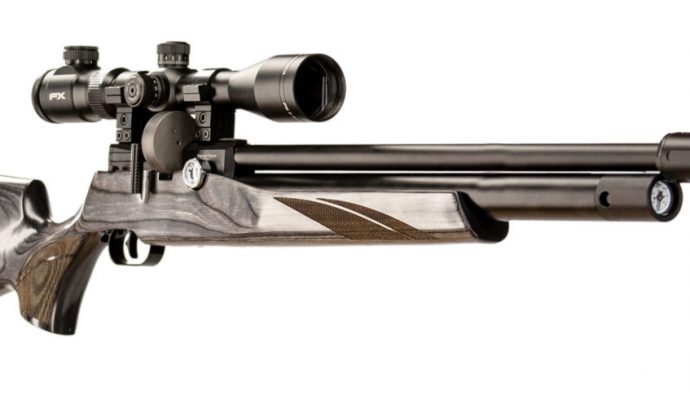 The most anticipated PCP air rifle that has filled the dreams of airgunners and sportsmen the world over is now here, setting a new bench mark of what to expect from an airgun. All the adjustability, options, and technology that FX has perfected has been poured into the FX Dreamline. This new ground-breaking rifle will be available in multiple customizable models. Rather than choosing just one style of Dreamline, you will be able to change your rifle to any of the Dreamline configurations as well as add to and configure your Dreamline to make it uniquely your own. Ushering in a new option to the airgun world: the build-your-own airgun!

The new FX Dreamline features FX’s new AMP Regulator. The AMP Regulator (or Adjustable Match Precision Regulator) is a brand-new regulator that can be adjusted from the outside of the air cylinder to both higher and lower air pressures without having to remove air from the cylinder. It also uses the latest in high performance parts to provide precision accuracy that holds up over time. Gone are the days of regulator creep and fatigue.

All FX Dreamlines also incorporate the world class Smooth Twist X barrel. The STX barrel is a fully rifled barrel using the proprietary system of imparting the inner rifling of the barrel from the outside of the steel barrel liner. The result is simply the most reliable and accurate barrel ever made.

All Dreamline models incorporate a quick-change system that allows for any of the four calibers (.177, .22, .25 or .30) to be used. All that is required is an extra barrel and pellet probe for each caliber (available separately). The STX barrel also allows shooters to switch out barrel liners of the same caliber to allow for different twist rates and other bore specifications to allow a wider array of projectile use.

Other features are vast, but include high capacity magazines (up to 21 rounds in .177), side lever cocking action, 1/2” UNF threading for the addition of an option moderator, valve and hammer adjustment options, and easily one of the pest precision match triggers available, set from the factory at just 15 ounces (but fully adjustable to your liking).

FX Airguns USA is also proud to announce their collaboration with renowned airgun moderator maker DonnyFL. Dealers in the US will have the option of offering the FX Dreamline with a custom made FX Airguns DonnyFL Moderator.