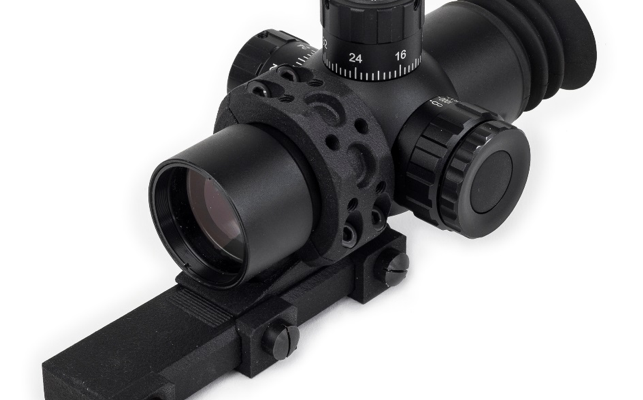 Hot on the heels of the 12×50 model launched in March, this year’s UK Northern Shooting Show sees the arrival of MTC’s second SWAT Prismatic model – a 10×30 that the innovative scope manufacturer is nick-naming the ‘Atom’.

Like its (slightly) larger sibling, the all-new 10×30 SWAT Prismatic is a little scope featuring some big differences! SWAT stands for Super Wide-Angle Technology, meaning the Atom offers of a much wider field of view than a conventional 10x magnification scope. What’s more, it harnesses its highly detailed sight picture courtesy of an ultra-short eye relief and a concertina rubber eyecup, making it particularly suitable for low-recoil rimfires and air rifles.ot on the heels of the 12×50 model launched in March, this year’s UK Northern Shooting Show sees the arrival of MTC’s second SWAT Prismatic model – a 10×30 that the innovative scope manufacturer is nick-naming the ‘Atom’.

Despite its diminutive dimensions – it measures just 122mm from the 30mm objective to the eyepiece – the squat 10×30 is anything but short on features. Its external elevation and windage turrets not only offer the much-favoured MIL-rated click adjustments, they are also lockable and feature resettable verniers.

Complementing a quick-focus eyepiece, there’s sidewheel parallax adjustment to eliminate aiming errors at closer ranges, with adjustment down to 10 yards. And the Atom sports MTC’s exclusive SCB2 multi-stadia reticle, which can also be illuminated to one of 10 brightness settings.

Further versatility comes in the form of the objective lens housing. This has been designed to allow the fitting of many after-market Night Vision DSAs (Day-Scope Adapters), thus allowing the Atom to shoot around the clock.

A practical magnetically-closed flip-up objective lens cover is included in the package, along with a special Picatinny-fit one-piece mount that boasts integral tilt adjustment to alleviate scope-mounting issues and enable ‘optical centring’ of the scope to the rifle’s bore. Picatinny-to-11mm dovetail adapters are also supplied.

Scheduled to debut in gun shops from late July, the new MTC Optics 10×30 SWAT Prismatic ‘Atom’ has a target retail price of £375.00.