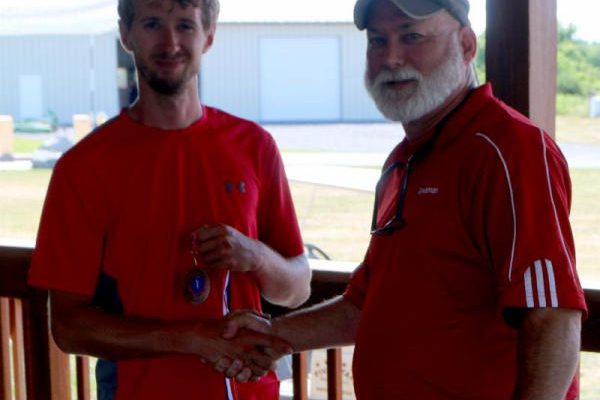 The 2018 Crosman All-American Field Target Championship (CAAFTC) has come to a successful close. Hosted by the Rochester Brooks Gun Club on July 20-22, there were over 90 competitors from seventeen states, two Canadian Provinces and Puerto Rico. Jeff Paddock from Olmsted Township OH was the All-Around Champion, knocking down 145 out of 180 targets. Other notable results included Greg Sauve of Green Bay, WI, edging out local competitor Peter Brooks of Rochester, NY to win the WFTF PCP division by just one target with a score of 102 to 101. In the Hunter PCP Division, Tom Himes ultimately triumphed in a shoot off against his brother Dennis Himes after ending the first round in a tie. See a complete listing of all results below.

“It was one of the strongest a fields as you will find in this sport, plus It’s always encouraging to see families participate and new competitors to the field target sport, “said Mark DeBoard, Shooting Services Manager for Crosman. “The Crosman match is one of the largest of its kind in the U.S. and great way for Crosman to support and grow the sport of airgunning.” Since its founding in 1923, Crosman has been driven by the steadfast pursuit of quality and innovation. Crosman’s history is rooted in the airgun industry, where today Crosman remains the market leader in airguns, airgun ammunition, and consumables. In addition to airguns, Crosman has a diversified product lineup in the outdoor sporting goods industry that includes airsoft, firearms optics and laser aiming devices under the Lasermax brand, and archery products under the CenterPoint brand. Crosman is a subsidiary of Compass Diversified Holdings, LLC (NYSE: CODI). For more information visit www.crosman.com or contact Jay Duncan at jduncan@crosman.com.

The Championship, now in its ninth year, welcomed shooters from The CAAFTC is sanctioned by the American Airgun Field Target Association and is a featured AAFTA Grand Prix event.