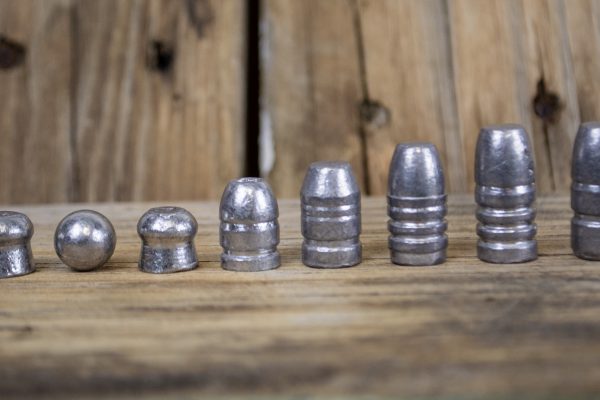 You know how I can tell? I woke up this morning and the sun hadn’t (yet) plummetted into Toad Suck, Arkansas. Or anywhere else for that matter, at least as far as I could tell. So in my world, every day is big-bore season.

Sure, big-bore airguns are great for hunting, so one could make the case airgun big-bore season might line up with fall “in the woods” activities. That’s true, but with today’s PCP technology and affordable air regulation features, even the meanest, largest, air-sucking rifles will get you multiple shots before you have to top off the built-in reservoir, so they’re perfectly appropriate good old-fashioned plinking too. For example, an AirForce Airguns Texan SS I had floating around here a while back delivers five or more “full power” shots before you might consider topping off the air supply. Its .457-caliber Lothar Walther barrel spits out more compressed air than the Senate Judiciary Committee, so that’s saying something.

Let’s put that in perspective. When testing the Texan SS, I ran a wide variety of “pellets” through the handy breech-loading system. Let me stop for a hot second and clarify. I’m only saying “pellets” because we’re talking about airguns here. To be clear, there were no “pellets” within miles of my shooting bench. We’re talking big-time slugs. Most of the shooting was done with hunks of lead from Hunters Supply in the 250 to 411-grain range, so five or more full-power shots in the 700 to 900 ft-lb range was more like having a bolt-action muzzleloader if one can imagine such a thing.

Clearly, at the big end of the “big-bore” category, we’re talking handfuls of shots, at least at full power and consistent accuracy, before some recharge is warranted. Physics is physics after all. But things start to get exponentially more interesting as we sacrifice a bit of “pellet” diameter. For example, a Benjamin Bulldog flung 145-grain .357″ pellets at velocities in the 750 feet per second range. That works out to 184 ft-lbs of energy, give or take. With this platform, I was in the 10-shot range before I was thinking about an air reservoir top-off.

Where things really get interesting, and my personal favorite contributing factor to every day being “big-bore season” is when you get into .25 caliber airgun territory. Is .25 caliber considered “big-bore?” I guess it depends on who you ask. In my book, since I almost exclusively shoot Hunters Supply 49-grain flatpoint slugs and 48-grain hollowpoint versions of the same, I’m placing .25 in the big league show. Considering an AirForce Airguns Condor SS will toss those babies at about 900 fps, they’re at fire and brimstone firearm performance levels. The 85 ft-lbs of energy exactly matches a .22LR fired from a pistol and is only 15 to 25 ft. lbs shy of a rifle-launched standard .22.

Here’s the kicker. When you dip into .25 caliber territory, you get A LOT more shots per fill of the onboard reservoir. Of course, it all depends on the weight of your projectiles and the specific rifle you’re using, but for ballpark figuring, consider these examples. The AirForce Condor SS has adjustable power, so you can go from low double digits of high power shot count to many dozens at low power. The new-ish Umarex Gauntlet in .25 caliber will get you over three magazines of eight shots each in the full power range.

Combine good repeating air rifles with compact and affordable air compressors running off the 12-volt system of your car, truck, ATV, or boat, and you’ve got all you need for a day in the field or at the range. And once you have the gear, unlimited air is free — you only have to pay a few pennies for the energy to compress it.