You are here: Home / Features / Is it OK to Yell “AIR!” in a Crowded Firehouse? 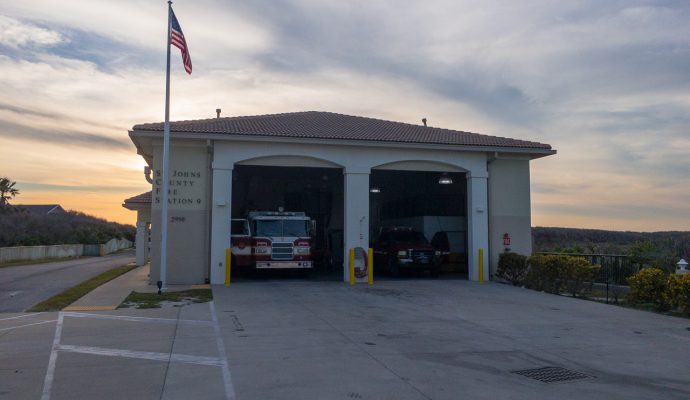 So, is it OK to Yell “AIR!” in a Crowded Firehouse?

Well, maybe. That depends a lot on your local fire department, their current workload, and the Chief’s disposition towards lawyers.

A couple of weeks ago we wrote about some of the things you need to know when getting your PCP airgun cylinders filled at local dive shops. Depending on your equipment and pressure requirements, your local dive shop can be a great option. That’s because they offer tank filling for underwater swimmers on a fee-for-service basis. While they make their living selling fins, snorkels, and classes to aspiring Jacques Cousteau types, most shops offer SCUBA tank filling for those customers to keep them happy and breathing. In theory, the shop shouldn’t care whether they’re filling a tank for underwater breathing air or a cylinder for squirrel and can busting. In reality, some shops may not be crazy about filling carbon fiber tanks as it’s a little outside of their steel and aluminum tank day-to-day business. There’s also the issue of different connection types for their fill hoses. Most of the diving world still runs on the yoke valve system while air gunners have moved to DIN and other connection types. Then there’s the issue of pressure. Most dive tanks top out around 3,000 psi. We air gunners want more, often half again more. You can read the details here, but know that dive shops are indeed an option, although you may run into some limitations or inconveniences.

Another tank fill possibility is your local fire department. Since they don’t get the free buoyancy benefit of working underwater, the weight of their breathing tanks matters. When climbing stairs and busting through burning walls, a light air supply makes a big difference. That’s why most of them have moved to carbon fiber tanks just like the ones air gunners use.

Well, almost just like the ones we use. One distinct difference you’ll usually see is that there’s a male/female reversal in play. Fire department SCBA tanks have a male connection on the tank end. The fill whip on that large compressor at the station is a female SCBA connection. So, you’ll need to accomplish two things to connect your tank to their compressor. Assuming you use a DIN tank like the Omega Air Cylinders model shown here, you’ll first need to account for the female to female connection challenge. Then you’ll need to deal with the firehouse SCBA to DIN 300 difference. Fortunately, you can solve both of these issues with a single part, available for $70 give or take depending on where you get it.

Oh, and they fill their carbon fiber tanks to high capacity (4,500 psi) as well, so that’s not an issue. Sounds great, right? Well, don’t rush out and buy one of those adapters just yet.

Fire Departments are in the business of fighting fires and rescuing people, not filling air gunners tanks. That’s not to say that they won’t, it’s just an observation that filling your cylinders will never be their top priority. It’s not like your airgun is on fire or anything.

I decided to do a little field research to see how easy (or not) it would be to get tanks filled at a local department. Near home and while visiting relatives in another state, I stopped in a few random firehouses to talk it over.

Where I live, there’s lots or rurality. OK, so that’s not a word, but things are generally quiet in the firehouses because they’re out in the boonies, and multiple stations get their tanks filled at the closest one with the compressor equipment. That stuff is huge and enormously expensive, so every firehouse here doesn’t have its own compressor setup. Your mileage may vary.

Anyway, at the two rural stations where I popped in, you could tell there was some boredom between very occasional alarms and the guys on duty were happy to talk to me. I was surprised to hear that no air gunners had ever approached either one for tank fills. One of the stations did some occasional SCUBA tank filling, but that was it. Given that most of their 48-hour on-call shifts were quiet, those folks would have been happy to fill a couple of tanks provided they weren’t busy with any other official business. I should note that these more independent stations didn’t have managers or chiefs hovering around to worry about things like the liability if a tank blew up. So, in short, small departments seemed to be an opportunity if you build a relationship with the firefighters there and return some favors.

I also spoke with a local fire chief in town about the whole topic of people getting airgun tanks filled at the local station. To protect the innocent, I won’t say who that was or where he works, but here’s what he had to say.

“We have filled scuba tanks in the past for some of our training partners, but never airgun tanks. You are correct that our current configuration uses 4,500 psi cylinders. We don’t have a specific policy against it, but it is not something that we would typically allow.”

Why? Liability. As you go up the command chain, you’re more likely to encounter the people who will get chewed out or lose their job if something goes wrong. In today’s ambulance-chasing litigious society, if someone’s airgun tank exploded, who knows what fallout would ensue? If t was your tank, and you got just a little bit hurt in the process, you might be able to own your very own hook and ladder truck! Just kidding, don’t try that. So, before you run out and buy an adapter to connect your tanks to firehouse SCBA fill hoses, do some legwork and make a few visits to see if it’s even feasible in your area. If you do find a willing participant, first and foremost consider it a favor and don’t abuse the privilege. If you find a buddy willing to help you out, consider yourself very fortunate – it’s not a given. Hey, maybe you can find ways to return the favor by hooking them up with some needed piece of recreational equipment (like an airgun perhaps) for slow times at the firehouse or occasional meal delivery.

Based on the several visits I made, the quick takeaway was that you’d have better odds of success as you get farther from the population density. They’ll likely have more free time and less concern over all the potential liability “what-ifs.”