You are here: Home / Competition / India’s Saurabh Triumphs On His Home Court 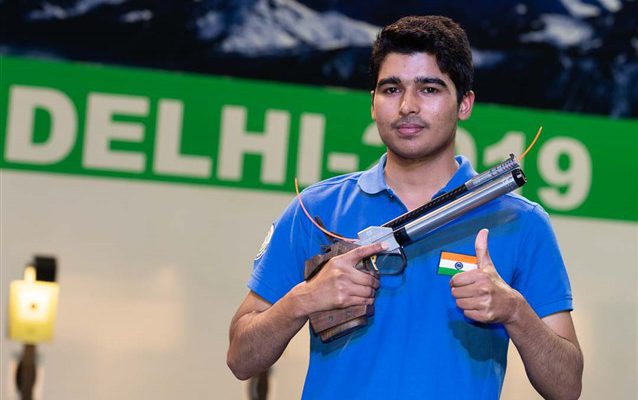 The 16-year old shooter set a new World Record with 245.0 points (with an average higher than 10.2 points per shot throughout the final) to secure the gold medal, as well as a Tokyo 2020 Olympic quota place for his country.

Silver medalist Damir Mikec (239.3 points) who the second Olympic ticket up for grabs at today’s final.

Following them, today’s Bronze went to the 2008 Olympic Champion Pang Wei, of the People’s Republic of China, who closed in third with 215.2 points.

The 2019 ISSF Wolrd Cup in Rifle and Pistol events in New Delhi will continue this afternoon with the third final of the day, the 25m Pistol Women match, scheduled to take place at 16.15.

Watch the match live on www.issf-sports.org and on the ISSF social media platforms: Facebook, YouTube, and LiveStream, starting from 16.00 (GMT+5.30).