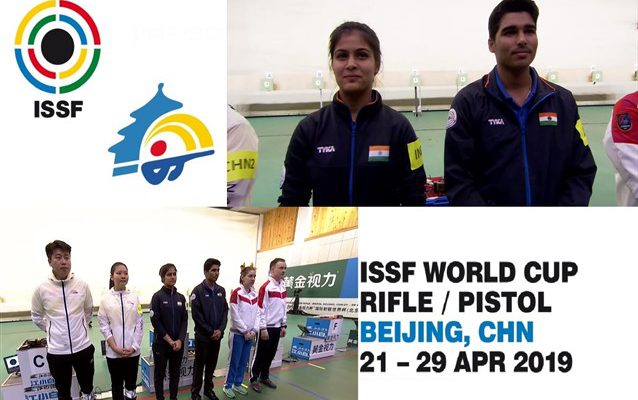 Winners Manu Bhaker and Chaudhary Saurabh beat China’s Ranxin Jiang and Wei Pang in the gold medal match and took the Indian team to the top of the Medal standing.

Russia’s Vitalina Batsarashkina and Artem Chernousov were the winners in the Bronze medal match beating their opponents from the People’s Republic of China.