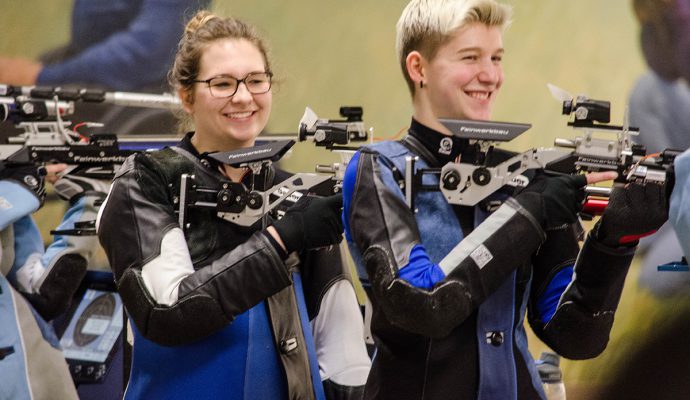 The three-position event showcases high school Junior ROTC athletes from around the country who use precision air rifles (mirrored from Olympic-style competitions) as well as classically-designed sporter air rifles to fire pellets upon state-of-the-art electronic targets at prone, standing and kneeling positions. Regional events will also be held in CMP’s South Competition Center in Anniston, Ala., and in Chandler, Ariz., using CMP’s electronic Mobile Range before Nationals are fired back in Alabama in March.