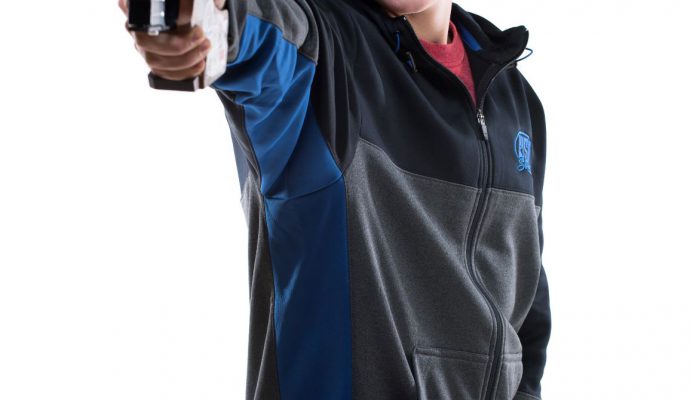 (COLORADO SPRINGS, Colorado – April 26, 2019) – Normally, this time of year, Henry Leverettis in Colorado Springs competing for a Junior Olympic title. Not in 2019 as he had bigger goals in mind as a member of Team USA competing at the International Shooting Sport Federation ISSF World Cup in Beijing.

His goal, and that of USA Shooting, was certainly achieved Friday when he earned a spot in the Final of Rapid Fire Pistol, then finished fifth to earn one of the three Olympic quota spots handed out in the event.

Shooting in his first World Cup ever, the 17-year-old Leverett (Bainbridge, Georgia) shot 585 to be among the top-6 to make the Final. Team USA has now earned three of the eight quota spots in the Pistol discipline. He finished fourth at the Junior World Championships last year. Three-time Olympian Keith Sanderson (Colorado Springs, Colorado) was 13th.  Henry’s brother, Jack, finished 34th.

An Olympic quota is essentially a country’s ticket to participate in a specific event in the 2020 Olympic Games. Earning an Olympic quota in competition ensures the country a spot in that particular event, not necessarily the athlete.

On tap for Saturday is action in Men’s Air Pistol, Women’s Three-Position Rifle Eliminations and the start of Women’s Sport Pistol.