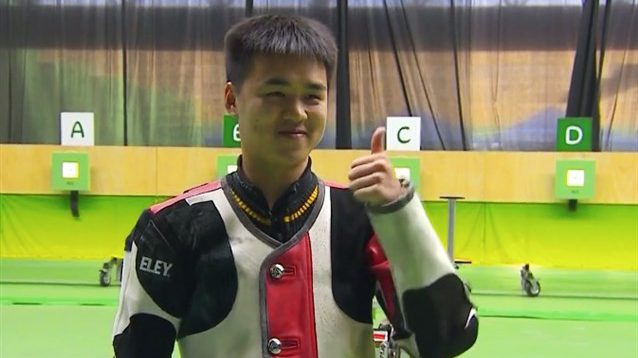 The only final on the 4th day of the World Cup competition was the thrilling 10m Air Rifle Men’s Final.

Haonan Yu from the People’s Republic of China won the Gold medal breaking both World and World Junior Records. This is his first top podium placing in a World Cup.

Petar Gorsa from Croatia won Silver which added to his medal tally in this World Cup, after his Gold medal in a yesterday competition.

Bronze medal and a Quota place for the 2020 Tokyo Olympic Games was won by Patrik Jany from Slovakia.

Dane Sampson from Australia won Olympic Quota after finishing the final in the 4th place.

The live TV coverage of the World Cup in Rio de Janeiro has been organized by the ISSF.