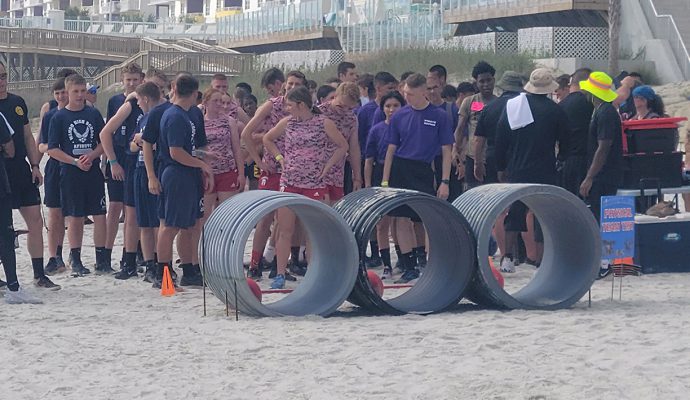 The JROTC Fitness Nationals attracted many of the best male, mixed and female JROTC fitness teams in the country. The single-day championship event was a strong test for Granbury’s Pirate Nation team, challenging each member’s conditioning, teamwork, strategy, strength, quickness, power and determination.

The Pirate Nation competed in the mixed division that consisted of 15 teams. Each team of nine cadets (six male and three female) competed in five events. The first event was a three-kilometer run on the beach in which the team had to carry a 10-foot PVC pipe throughout the run. The next event was a Physical Training Test event designed to test the strength, balance, stamina, strategy and endurance of the team over a distance of 800 meters, using a variety of physical obstacles. Other events included maximum pull-ups for males, flexed arm hang for females, standing broad jump and a seated power throw of a two-kilogram medicine ball.