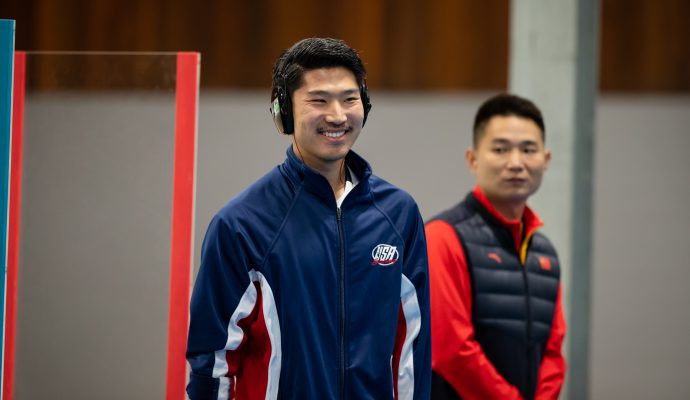 Xiao, who works with In Kim and is a product of the Bridge Junior Shooting Club, fired an impressive 564 in the mixed 25-meter sport pistol, which placed him eighth after qualification and advanced him into the final top eight. Making his debut in an international final, Xiao found himself in a field that included the reigning world and Paralympic champion Huang Xing of China. He started the final strong with a three-hit series but would eventually be eliminated in eighth place. Most importantly, Xiao earned the U.S. its first pistol quota slot for the Tokyo 2020 Paralympic Games.

Also competing for Team USA in the mixed 25m sport pistol were Mike Tagliapietra (Fond du Lac, Wis.) who shot a qualifying score of 552 for 27th place, Marco De La Rosa (Chicago, Ill.) who finished 30th with a score of 550, and Tricia Downing (Denver, Colo.) who shot 543 for 39th place.

Farmer led three American athletes in the mixed air rifle prone competition. She was the high U.S. finisher in 19th place with a total of 630.1. Her performance secured a female quota spot for the U.S. for the 2020 Paralympic Games, bringing the total quota count for this Paralympic cycle to three for Team USA.

Live coverage and replays can be found at https://www.paralympic.org/sydney-2019.