You are here: Home / Features / Five Tips On How To Break-In An Air Rifle 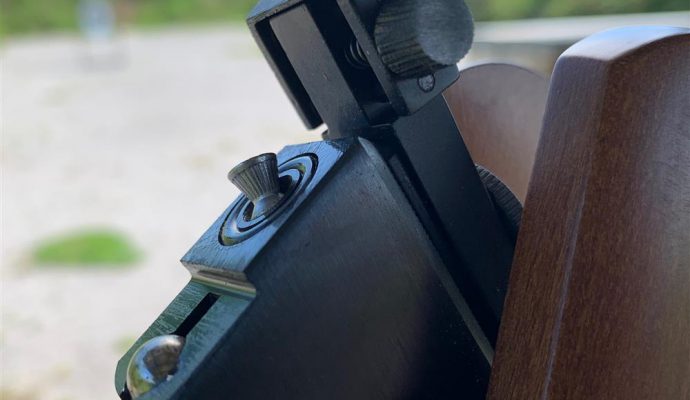 This week’s feature article is brought to you from the folks at Umarex. Hope you enjoy the tips on how to break in an air rifle!

I’ve always been dubious of firearms manufacturers that claim their guns need a break-in period. Airguns, though, are a different story. For those who are new to the sport, these tips will help you get consistent results from your airgun.

Every airgun I’ve ever shot came out of a factory. While modern manufacturing processes deliver exceptional results, you may still find a screw that could be tighter. Look over the pieces and parts and make sure everything is in working order. I like to take the guesswork out of consistency. When you know the exact muzzle velocities of a string of shots, you can see just how erratic a new gun might be shooting. This is especially true for new spring-action airguns. Get a chronograph and you’ll have clean data to read.

Shoot a string of five shots, and see how those compare to the numbers in the gun’s manual. Even centerfire ammunition manufacturers like to brag about their muzzle velocities. These numbers vary wildly, though, through different rifling configurations and barrel lengths, and with different grain weights. Trust, but verify.

With an airgun, that trust can still be extended to the manufacturers. They’re not intentionally lying about their guns’ abilities. Yet you need to understand how to check and see if your airgun is performing consistently.

Measurements that appear in print are often made with the lightest available pellets. Those leave the muzzle the fastest and provide impressive muzzle velocities for website spec lists. A heavier pellet can do more damage downrange but will leave the muzzle at a more modest pace.

Check, with a chronograph, to see if your results are within a consistent margin of error. I’m less concerned with matching a manufacturer’s claims and more determined to see shot-after-shot at a consistent speed (say within 20 fps). What causes these early discrepancies? One culprit is “dieseling.” Dieseling is a pretty badass concept, but it can screw with your pressure readings. It is common in brand new spring/gas piston airguns. As the pellet travels down the barrel, the release of pressure creates heat. That heat ignites the lubricants inside the gun. Your airgun isn’t going to spit fire, but it may sound a bit louder, and it will add some unwanted pressure to your shot. It isn’t dangerous, but it will kill accuracy.

Eventually, the lubrication that was applied at the factory will burn off a bit, and the gun will calm down. If you want to see more of the concept, give it a Google. There are plenty of videos of people adding lubricant and forcing their airguns to diesel, which isn’t something I’d recommend. Prolonged exposure to heat isn’t good for the seals inside the gun, and will eventually contribute to their demise.

There’s only one fun way around dieseling in a new airgun, and that’s plinking. The erratic speeds will frustrate you if you start looking for evidence of your marksmanship, so plug holes in a tin can or two, instead. Shoot until you get bored, and then return to the chronograph and see if it has settled down.

I’ve heard some folks say it takes 100 shots before a gun might level off. My experience is different. I’ve had some guns that have run flawlessly out of the box. Others are more stubborn. Don’t judge a rifle based on its first 10 shots, though. I’d reserve judgment until well past the 100 shot mark.

Once you’ve hit this crucial leveling-off moment, go back to the beginning. Check your screws again. Give it the once-over, visually and mechanically, and make sure nothing’s out of whack. Depending on the number of shots you’ve fired during the break-in period, the gun might need to be cleaned. Then head to the bench and punch some paper.

Stabilize everything. I shoot from a bench rest, on a concrete bench. I prefer 5-shot groups for sighting in scopes, though it can be done with fewer if the results are consistent. Axeon Optic Solutions even makes a device called the Absolute Zero. While it may be a fitting nickname for your sister’s boyfriend, it is also a great way to get zeroed on paper, and fast.

Don’t get frustrated with the break-in period. The gun will settle down. You may still have work to do, but it will happen. Some airguns are finicky about where they like to be held. Some guns deserve scopes. Others might work well with the speed of a reflex sight. All guns, centerfire, rimfire, and even airguns, are picky about what they eat. One type of pellet may prove much more reliably accurate than the next.

In the end, it is up to you to hit what you’re aiming at. With an afternoon of diligent shooting and some rather compulsive testing, you can ensure your airgun will be a reliable tool to help you hit your mark.