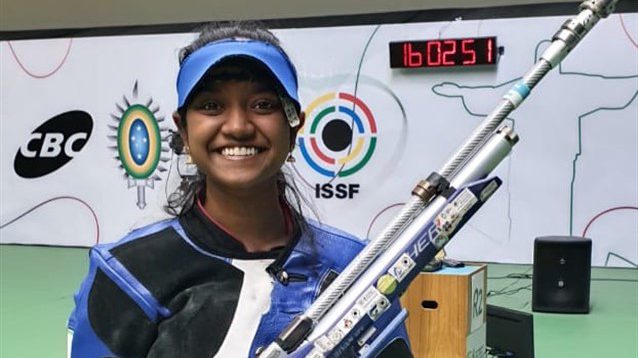 Rio de Janeiro is holding its first ISSF competition 3 years since the 2016 Olympics.

10m Air Rifle Women’s event kicked off the start of the World Cup. Before the start of the final, the 2 Olympic quotas available in this event, went to Armina Sadeghian from the Islamic Republic of Iran and to Ying-Shin Lin from the Chinese Taipei.

Silver was won by Seonaid Mcintosh from Great Britain.

Ying-Shin Lin from Chinese Taipei won a Bronze medal and the Olympic Quota.

541 athletes from 72 nations are participating in this World Cup. They are competing not only for the medals but for the 16 Quota places for the 2020 Tokyo Olympic Games in each of the 8 individual events.

The live TV coverage of the World Cup in Rio de Janeiro has been organized by the ISSF.