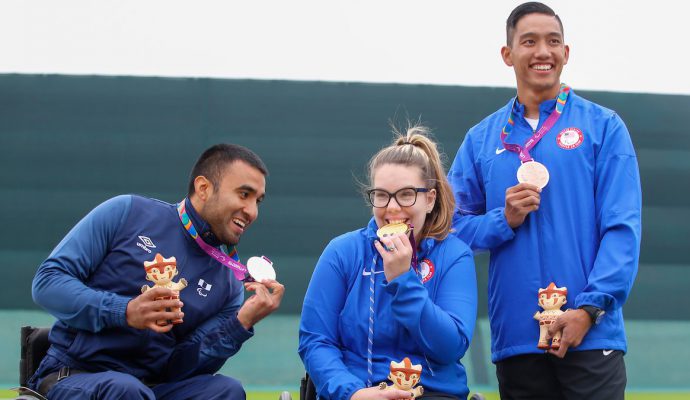 “In the beginning I was a little overwhelmed because the beginning wasn’t too great, but I eventually built it back up to where it needed to be,” said Farmer, USA Shooting’s Para Shooter of the Year for 2018. “The last 15 shots really counted the most.”

“At the start it’s more nerve-wracking, then when you’re at the last shot because it’s the final last shot and I’m not too worried about it. I’m not worried about it to the point where my nerves are kicking in. I’m more relaxed in the last 10 shots,” Farmer said.

Tagliapietra was fourth after the precision round of the 25m sport pistol SH1 qualification and moved up to second after the rapid fire portion.

“It was not very good, except for the end result,” said Tagliapietra, who admittedly struggled through a mental block. “It’s been an ongoing thing for me, not just this match. It’s been a struggle.”

Full schedules and results can be found at https://www.lima2019.pe/en/results.