You are here: Home / Industry / English & Suggs Welcomed to USA Shooting Board of Directors 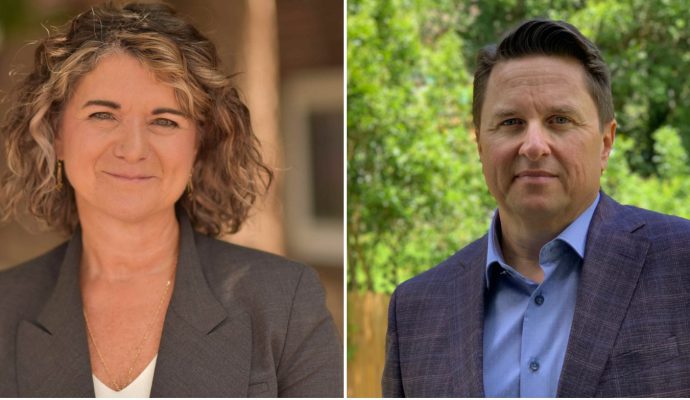 The selection of these two key executives brings the USA Shooting Board of Directors current with nine filled positions. English will serve a four-year term while Suggs will carry out a two-year term. One advisory group position remains open while the USA Shooting Nominating and Governance Committee, chaired by Rick Marsh, reviews the feasibility of that position before determining a selection process or an amendment to the bylaws.

During the January 2019 BOD meeting, Chad Whittenburg, Rick Marsh and David Meltzer were seated as BOD members with Whittenburg and Marsh obtaining Chair and Vice Chair positions within the BOD.  Other BOD members include Keith Sanderson, Jim Henderson, Rick Hawkins and Susan Abbott.  Meltzer, a ultra-successful entrepreneur and CEO of Sports 1 Marketing, a global marketing agency he founded with Hall of Fame quarterback Warren Moon, is the lone BOD representative with no experience in Olympic-style shooting.

English is a senior executive and board advisor with over 25 years of experience leading organizations and driving cultural and strategic change. She’s recognized for her ability to lead, devise and implement the strategic vision, organizational culture, strengthen productivity, and drive goals and objectives. She is currently the President and CEO for the Center for Improving Value in Health Care (CIVHC), a non-profit organization. Prior to CIVHC, she was Senior Executive of a for-profit subsidiary of the American Medical Association (AMA). Prior to the AMA, she held Chief Executive positions with The Assist Group and Electronic Network Systems as well as Senior Vice President positions with divisions of UnitedHealthcare and Foundation Health Systems. She has a master’s degree in Business Administration and a bachelor’s degree in Economics and Political Science.

English is very familiar with Olympic-style shooting having grown up as a competitive rifle athlete.  She started competing with the Erie County Conservation League (ECCL) Junior Team in Sandusky, Ohio. She then competed for Eastern Kentucky University and was a four-time All-American. Her brother and sister also competed in the sport with her sister, Kim, competing for West Virginia University, earning All-America honors as well and earning U.S. Development Team status.

Ana’s daughter, Amber, is a current National Team member in shotgun (skeet) and was previously an athlete representative on the BOD. Her husband, Mike, passed away suddenly in 2016 while diving in the Cayman Islands. He was a 10-year member of the U.S. Shooting National Team from 1978 to 1988, winning five national championships in running target and a world title in 1981. He would later serve as President and Chairman of the BOD and also held positions as Vice President, Athletes’ Advisory Council (AAC) representative and Athlete Director.

“I am excited to become a member of the USAS Board of Directors,” said English. “Since the age of 10 and through my local junior club, shooting has been my Olympic sport. I consider it an opportunity to give back to all that shooting has given me and helping develop me into the person I am today.  The discipline, continued learning and desire to be the best I can be, has allowed me to have a very successful career in the health care industry in chief executive positions as well as very specific board, strategic planning, and governance experiences.  Though I have continued to be involved through my family over the years, I am excited to now be able to directly provide my knowledge, experience, insights and passion as a member of the BOD.”

Suggs said that he was inspired to apply for this position by the achievements of our current athletes, and the passing of two mentors from his 20-year competitive shooting career: Ernie Vande Zande and Lones Wigger. Additionally, Suggs has spent the last 28 years in a combination of leadership and management roles with the U.S. Army, General Electric, SAP/Ariba, and Oracle. He currently is Executive Vice President of Sales and Customer Success for Mediafly, a leading enterprise software provider providing Sales Enablement solutions to the Fortune 1000.

Parallel to his professional skills and qualifications, Suggs was the 1987 World Championships silver medalist in Air Rifle and was 10-time member of the USA Shooting National Team.  He competed at two World Cup events in 1988 and 1992, finishing seventh and fifth respectively. In 1985, he won the national title in Air Rifle as a J2-aged competitor (15-17 years of age) and would earn another national title six years later in 1991. He was an All-American while competing at the University of South Florida, where he earned his degree in engineering.  He remains actively involved and engaged in the sport by providing coaching and guidance to youth competitors. In addition to the individual shooting achievements he accomplished in his career, he also participated in virtually every developmental and elite program offered in the rifle discipline including CMP; Junior Olympic Camps and Championships; National Development and National Teams; and the U.S. Army Marksmanship Unit.

“I’m thrilled and honored to be selected to serve on USA Shooting’s Board of Directors,” Suggs said. “USA Shooting is entering a very exciting period in its history with fierce competition from an ever-growing list of nations, and new leadership in both the staff and Board of Directors. The legacy of the U.S. Shooting team is truly epic, but I feel some of our greatest athletes are those competing today, and I hope they will be succeeded by future generations who have yet to pick up a rifle, pistol, or shotgun. I look forward to applying my commercial and competitive experience to help connect our supporters with that legacy, provide the necessary resources for our elite athletes to compete and win today, and ensure the future of our sport for the next generation.  Now, let’s go raise that flag!”

“The addition of these two outstanding leaders strengthens USA Shooting immediately,” said Chad Whittenburg, Chairman of USA Shooting’s Board of Directors. “Their knowledge and passion for this sport ensures that we can more strongly connect to our athletes and members, as well as our grassroots programs.  It is imperative now, as this Board strives to help our athletes raise the flag, that we create clear goals and objectives for the organization and work together with the staff, athletes and members to achieve our mission.”