You are here: Home / Competition / ELEY Tops Off a Triumphant 2019 at the ISSF World Cup Final 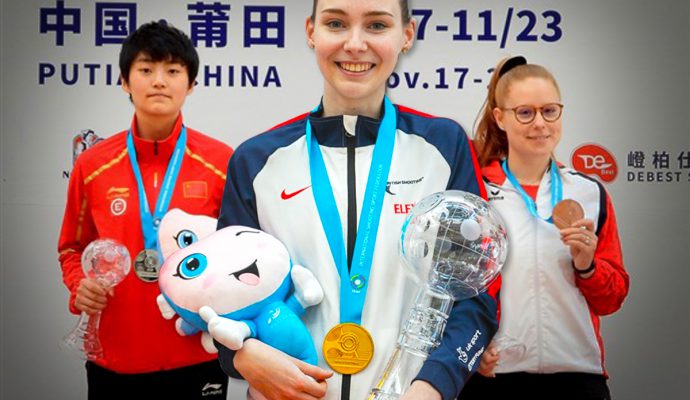 The ELEY team have put on yet another spectacular performance at the ISSF World Cup Final this week. Rifle and Pistol shooting’s elite athletes were pitted against each other in the last event of the season. Hosted in Putian, China, the ISSF welcomed the topped ranking athletes from 34 countries competing in eight individual events.

ELEY shooters using tenex and tenex air came away winning a combined total of 14 medals across both the small-bore and air disciplines.

The first day of the finals got off to a flying start with both the 50m 3P rifle men’s and women’s event. Seonaid McIntosh capped her memorable year with a solid performance to claim a gold medal win. The British shooter was in third place after the kneeling position, but a strong start in prone and standing secured her victory with a final score of 462.1.

Second place went to Ruijiao Pei (CHN) and third, Nina Christen (SUI). All three shooters in the final put their trust in ELEY tenex to secure a medal.

It was also three for three in the men’s event with all three shooters using ELEY tenex. Filip Nepejchal of Czech Republic struck gold and secured a new junior world record at the same time with a score of 462.9. Silver went to Serbia’s Milenko Sebic with 461.5 and Russia’s Sergey Kamenskiy rounded out the podium after recording a final score 449.8.

The second day of finals shone a spotlight on the pistol disciplines. In the 25m pistol women’s event, Chinese shooter Zhang Jingjing won gold in Putian. Her first title since coming back from maternity leave.

This makes her a three-time world champion after hitting 37 out of 50 targets to win China’s first gold on home soil.

In a World Cup Final first, the 10m air pistol and air rifle mixed team events were included in the program with the athletes competing for the new ‘President’s Trophy’. Each international pair was determined by a random draw.

For information on ELEY’s medal-winning ammunition or the complete ELEY team, visit https://www.eley.co.uk.