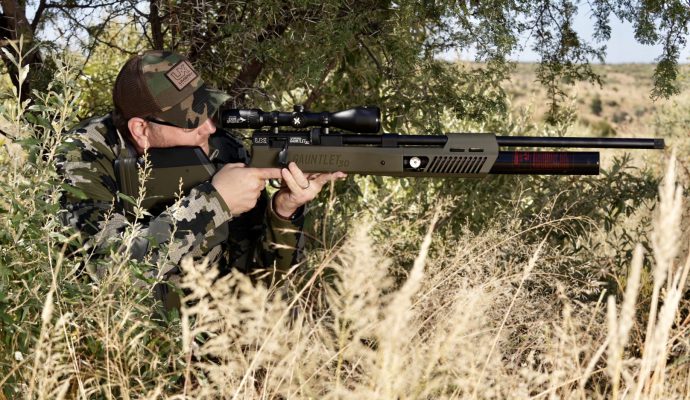 I’ll never forget my first morning deer hunting on public land near my childhood home in southern Wisconsin, a state with more than 600,000 deer hunters. For nine days a year, the state could field the world’s seventh largest army. Since hunters are required to wear blaze orange during the gun deer season, come November the Wisconsin woods and fields take on the look of a never-ending pumpkin patch—a loud one at that.

As I sat in a makeshift stand consisting of a board wedged between two branches about 15 feet off the ground, dawn brought a nearly steady barrage of rifle reports on the order of an Antietam reenactment. Until that time, I had no idea whitetail deer could run that fast. A blast from a .30-30, .270, or .30-06 (all common calibers used for deer hunting) will carry for miles, like gunpowder-induced thunder. The notion of a quiet morning communing with nature in the deer woods was, instead, something more akin to a day at the local gun range.

Is it any wonder, then, that hunters in droves are paying hush money for compound bows, air bows, silencers and now, new air rifles that deliver never-before-achieved lethality while greatly reducing noise? The trend of ditching ear plugs for weapons that don’t rock the forest (or your ear drums) is a theme that’s booming among America’s 15 million hunters—and nearly everyone seems happy about it.

To read the rest of the article, click here.