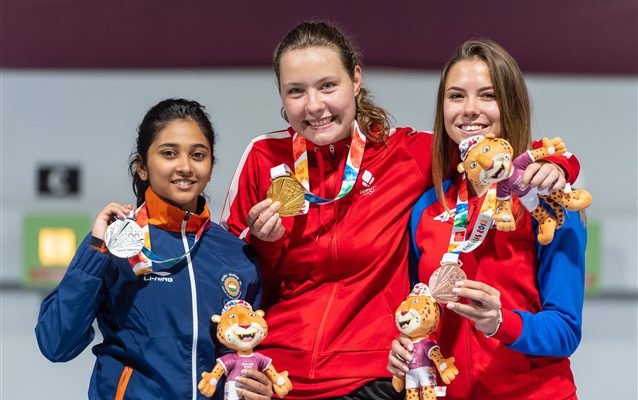 With four athletes already eliminated from the contest and six shots left to fire, in fact, Grundsoee, Ghosh, Marija Malic of Serbia and Anna Janssen of Germany were all within a 1.0-point gap, battling fiercely for the medal positions.

17-year-old Janssen was the first among the four athletes to be eliminated from the match, firing a costly 9.7 in shot number 20 and taking 4th place with 206.5 points. Two shots later, a 9.6-9.8 combo nailed by the 17-year-old Serbian placed her in 3rd position with 226.2 points, giving the Serbian shooting team their second Youth Olympic bronze in Buenos Aires after the one won by Aleksa Mitrovic in the 10m Air Rifle Men event.

Finally, in the decisive duel between Grundsoee and Ghosh, the Danish shooter erased part of the 0.8-point gap with her second-to-last shot, then definitely overtaking her rival with a great 10.4 and bagging the brightest medal with 248.7 points. Ghosh, who fired a disappointing 9.1 with her 24th and final shot, eventually took silver with 248.0, adding it to the one won by Shahu Tushar Mane in yesterday’s men event.

People’s Republic of China’s Wang Zeru (18) followed Janssen in 5th position, signing off with 185.8 points and failing to add a Youth Olympic Games medal to the two she won at this year’s Junior World Cups in the Air Rifle event. Russian Federation’s Anastasiia Dereviagina (18) — junior silver medalist at the 2018 European Championship in Gyor (HUN) — concluded her match in 6th position with 164.6. 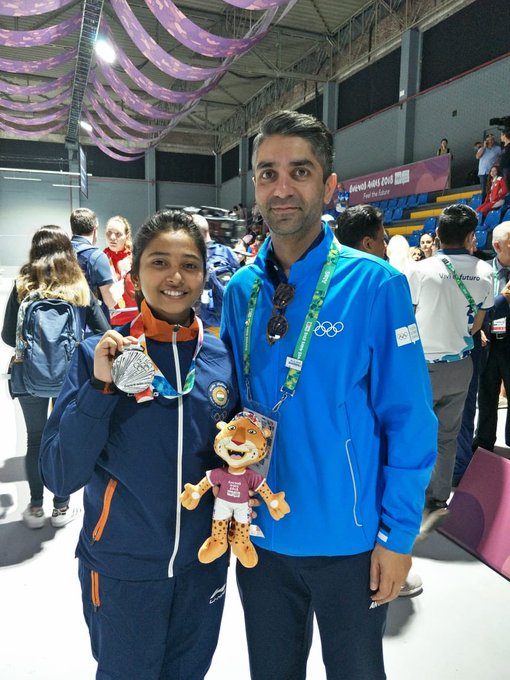 Shooting sport competitions at the Buenos Aires 2018 Youth Olympic Games will continue tomorrow at the Tecnopolis Park, where one more final is scheduled to take place: the 10m Air Pistol Women at 11:15 am (UTC-3:00).