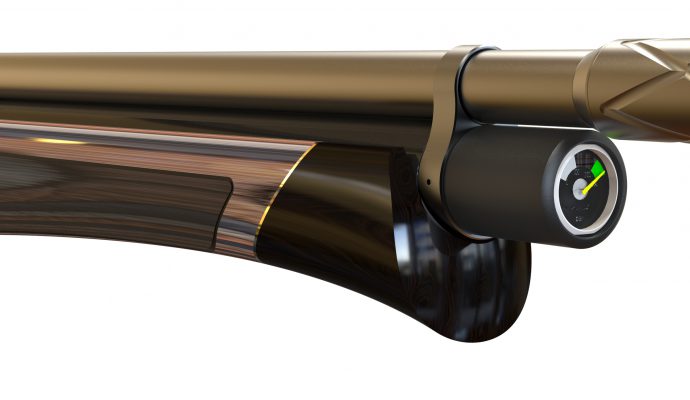 Daystate’s red carpet event to mark its 40th year, held at the Royal Armouries inLeeds on 3rd December 2018, not only offered an entertaining insight into the iconic British airgun maker’s history, but also provided the launchpad for two exciting new projects: the limited edition Genus rifle scheduled to arrive in gun shops in early 2019 and a shooting sponsorship programme, called the Airgunners’ Support Pack.

The commemorative Genus pays homage to Daystate’s inaugural rifle, the Huntsman, which has always been a mainstay of the company’s range. Limited to a worldwide production run of just 200, theGenus incorporates all the technology and features that Daystate’s classic PCP sporter has evolved during its journey from ‘Mk1’ to the present-day HRHuntsman Regal. However, the celebratory model boasts an extra level of detail that reflects its significance to Daystate’s rich airgun heritage.

The Genus is presented in laminate woodwork with contrasting grip and forend caps, complemented by metalwork finished in bronze and gold. Further embellishments include commemorative plaques on the breech and stock, with the individually numbered rifles coming with a matchingCertificate of Authenticity, a special edition hard cover book and presentation case. Available to order in .177, .20, .22 or .25 calibre, at power levels from12 to 40 ft/lbs, the Genus limited edition will retail at £1,849 GBP.

The company’s new Airgunners’ Support Pack(ASP) is open to anyone and expands the concept of traditional shooting sponsorship. Its aim is to help not just those involved with competition shooting through the loan of equipment, but also the burgeoning army of social media bloggers and video makers who may otherwise not be able to access expensive gear for their online media activities. ASP is very much tailored to the individual’s requirement, and extends to Daystate’s sister companies, Brocock and MTC Optics. Anyone interested in joining the ASP programme can apply via the Daystate website, www.daystate.com