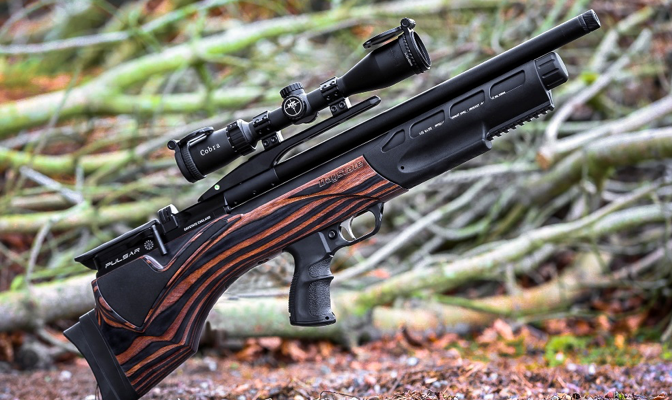 Complementing Daystate’s new Genus PCP that commemorates the British airgunmaker’s 40thanniversary, and which will be arriving in gun shops shortly, will be a number of special ‘celebratory’ models. Released throughout 2019, these will be based around rifles in the company’s existing line-up and will incorporate some of Daystate’s favourite stock patterns that have hitherto graced other models.

Although these celebratory variants are not strictly presented as the Limited Editions Daystate has become so well known for producing, their availability will nonetheless be time limited.

The first model to get dressed for Daystate’s special occasion is the iconic Pulsar – the company’s flagship bullpup with its avant garde electronic action – which will be feature stylish laminate woodwork previously appointed on their Limited Edition Saxon, which debuted in 2016.